By Annelise TappeAugust 25, 2021No Comments

Enjoying our weekly newsletter? If so, you can help support our small (but mighty) organization by forwarding this newsletter to any family/friends/humans who would also like to stay informed on all things conservation & environment.  By simply forwarding and encouraging them to sign up for our newsletter, you will have made a HUGE difference for not only us, but also the planet 💚

For every new subscriber this week, we will personally donate $1 to the Environmental Defense Fund.

So forward away….its for the planet 🙂

1) New study shows a strong correlation between the amount of particulate matter in the air and our ability to function cognitively.

2) An incredible dog named Darwin who is doing valuable conservation work to save bumble bees. 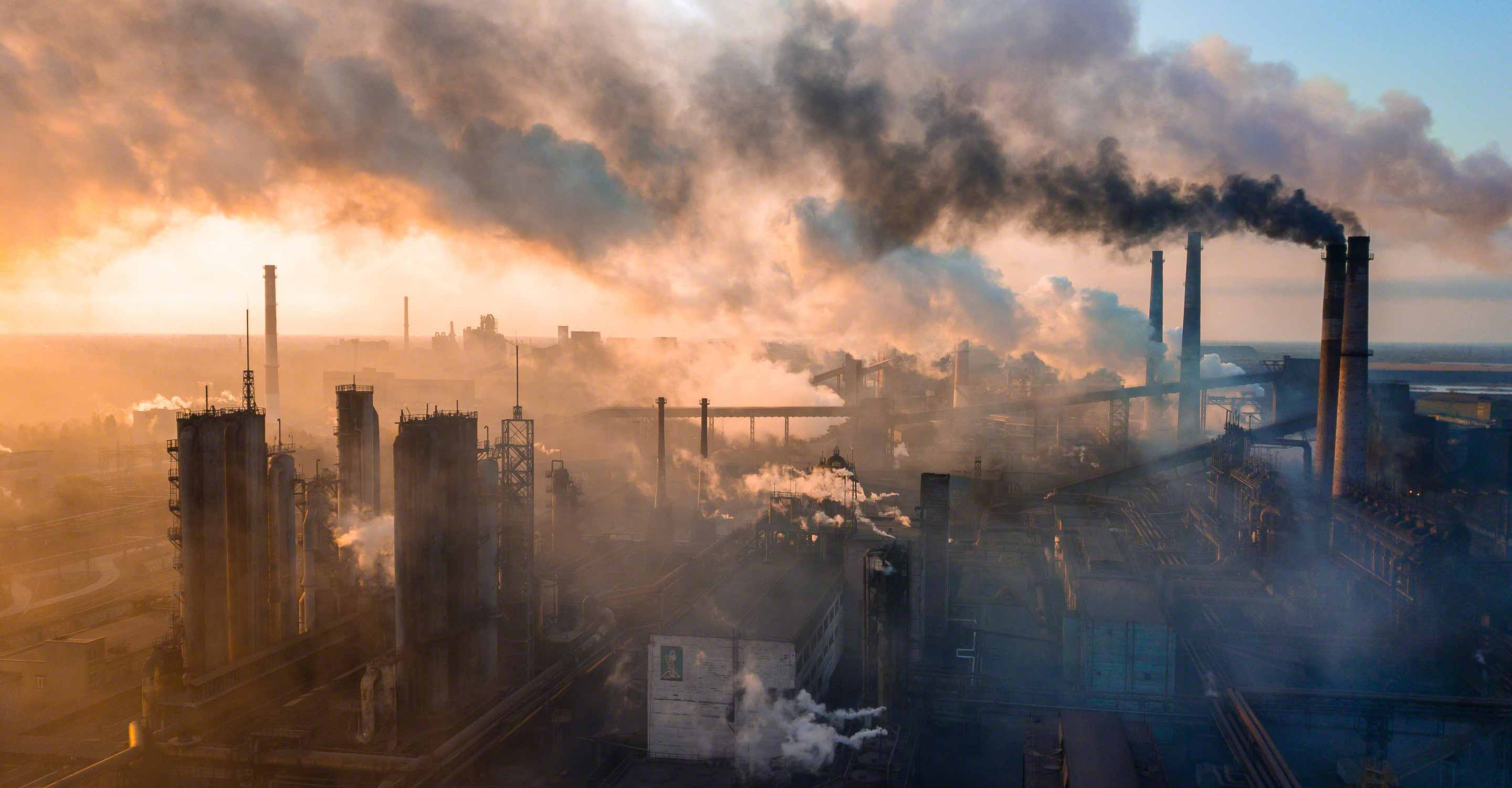 A powerful study shows a strong correlation between the amount of particulate matter in the air and our ability to function cognitively.

While there have been past studies that show this connection, this new study offered 3 distinct breakthrough results:

WHAT IS SO PARTICULAR ABOUT A PARTICULATE?

The particulate of focus here is called PM2.5. This is because it is 2.5 microns of less in diameter. For some context, there are 25,000 microns in an inch and the average human hair is 50-70 microns in diameter. So it’s small. The reason this is of concern is because this aerosol is small enough to get into our bodies and into our lungs and blood flow.

The amount of PM2.5 in your location changes day to day. You can look yours up right now here. Pm2.5 is one of a few inputs in the Air Quality Index, but it’s the biggest driver.

The World Health Organization cites any PM2.5 levels above 25 micrograms/cubic meter (mg/c2) as its basic threshold for considering lowering outdoor activity. In the US, this threshold is 35 mg/c2.

As you’ll soon find out, even WHO level has some cognitive concerns.

LUMOSITY LIGHTS UP THE DATA

The way this study was conducted was quite ingenious. It was led by Andrea La Nauze and Edson Severini, and you can see the full report here.

They teamed up with Lumosity, the digital brain games platform with over 100 million downloads. They have a division called Lumos Labs for cognitive research work, and Andrea and Edson were able to get identity-protected data from 4.6 million user play observations across a broad range of locations, age rangers, and occupations.

They then mapped this against 3-digit ZIP code areas to get their results. And boy were they interesting.

They found that even at PM2.5 levels of 25 mg/c2, there were strong correlations to cognitive impair, particularly in the areas of memory and problem solving. They also found that those who scored in the lower quintiles overall of Lumosity’s cognitive assessments had stronger negative effects of PM2.5 in these areas. As well as folks doing games for the first few times vs. the more experienced players.

This points to a few really key takeaways:

HOW CAN WE ADDRESS THIS?

So what can we take away from this study? In the ultimate feel good story of the week, we noticed an article in People magazine of all places about an incredible dog named Darwin who is doing valuable conservation work to save bumble bees.  You heard that right!

Darwin is a 2-year old German Shepherd Pointer who has developed a knack for finding underground bee hives.  He’s been trained to sniff out the nest material.  He also comes from a family of “detective dogs”…he has a relative in the NYPD!

Bumblebee underground nests are notoriously difficult to find, making it hard for scientists to do research, track migratory changes, and pollination work that is critical to protecting this species.  Darwin may very well be the first of many dogs in the US trained for this important work.

The bumble bee may be one of the most important species in all of North America to step up protections for.

A recent study found that local occupancy declines as high as 93% from 1998 to 2018 across the US. In Canada, the Rusty Patched Bumblebee is now extinct.  A report from National Geographic found that bumblebees have been reduced by more than 50% since 1974.

What’s causing this?  It’s a myriad of factors.  Agricultural and city expansion are eating into their habitat.  The use of pesticides has been devastating for bumblebees and all wild pollinators as well.  And then there’s climate change.  Bumblebees struggle in increasingly hotter temperatures.  They thrive in the cold which is why they are notoriously the first pollinator out in spring.  Think of a bumblebee like a husky. Just as huskies struggle in summer due to their thick fur coat made for colder climates, so too do bumblebees with their thick furry exteriors.

There is a big debate going on at the federal and state levels about classifying bumblebees as endangered species.  Classification would change some of the agricultural regulations to better support bumblebees and wild pollinators.  Opponents say there is not accurate way to measure population sizes, and thus they should not receive classification.  Hogwash!  So many studies show their decline and debating this is like debating the validity of climate change itself.

Losing bumblebees and other wild pollinators could very well collapse ecosystems.  Set aside for the moment that they pollinate many foods we love to eat like watermelons, tomatoes and eggplants.  Agricultural honey bees are used for similar purposes.  The real scare is how many wildflowers and wild vegetation they pollinate.  If we lose bumblebees, we could lose those wildflowers and vegetation, which could then collapse other species that feed off them, which could then collapse entire ecosystems over time.  These are the negative cascading effects of wild pollinators.

If you have the time, we highly recommend checking out this 20-minute film from a NatGeo photographer on the search for the elusive rusty patch bumblebee!

But it’s not too late to save the wonderful bumblebee!

For starters, go support Darwin. He has his own website and works off of donations!

The more we stand up for local green spaces like public parks and forests, the better we can support the bumblebee. Or turn your front yard or patio into a garden of its own! Let’s stop using pesticides and do our best to support organic and regenerative agriculture.

The bumblebee has been devastated in the last 50 years, but we don’t need to lose them! Take a page out of Darwin’s book 🙂

If you are interested in learning more about wild bees, check out a podcast episode of ours from earlier this year that covers them in depth! 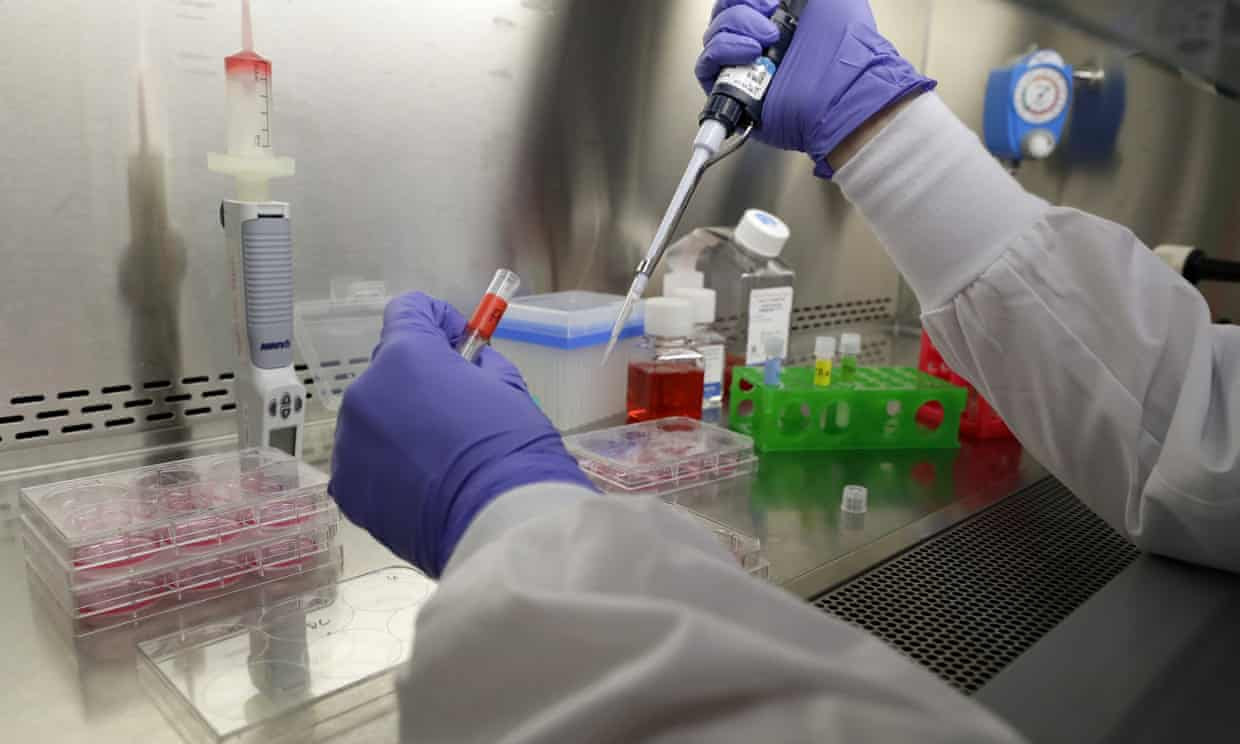 The European Chemical Agency (ECHA) recently announced that two ingredients for a sunscreen from German company Symrise need to be animal tested in order to be deemed safe for commercial sale.

That all came after the UK led the way in banning all animal testing for finished products AND ingredients back in 1998, which at the time was a landmark move forward. Although to crystal clear, in both the UK and EU, there are some fringe cases where testing of ingredients can be done on animals IF there are clearly no non-animal alternatives and in the UK it’s federally approved.

With all that said, this announcement by the ECHA is seen by many as a step backwards into the dark and evil world of cosmetic animal testing, and although the UK is no longer part of the EU thanks to Brexit, product sales and manufacturing between the UK and EU still very much exist, so UK folks are pushing back hard on this announcement.

ANIMAL TESTING HISTORY IS ANYTHING BUT COSMETIC

The cosmetic industry has a long and dark history with animal testing.

The practice really came to be commonplace in the late 1930s, around the time here in the US we passed the Food, Drug & Cosmetic Act which required companies to do more rigorous safety testing before bringing products to market.

The UK beauty industry really broke ground in 1998 with their ban. The US has taken a lot longer to follow suit. While the US started to implement better ethical standards in the early 2000s, it wasn’t until 2018 when California became the first state to fully ban the sale of any animal tested cosmetics. Since then many states have followed but we still have a ways to go here in the US.

It’s also worth calling out that we are talking about bans on animal testing, but not the use of animal products in cosmetics. Something that is still all too common and something that still greatly damages our wild ecosystems. Such as the use of squalene, common in moisturizers and lipstick, which is derived from shark livers. Sharks need protection badly to protect our marine ecosystems, something we dove into in this week’s episode of the Animalia podcast.

BEAUTY INDUSTRY ON THE RIGHT SIDE OF THINGS

The most outspoken of folks against this announcement from the ECHA has been actual beauty brands, which is nice to see.

We often find those big, money-making brands on the wrong side of these issues, trying to hide their negative footprints on animals and the environment, but not in this particular case. Over 75 cosmetic brands in the UK have signed a petition to fight this and keep the rigorous standards against animal testing ingredients and finished products.

Consumers in the UK have also followed suit. A 2020 survey from UK charity Frame found that 84% of respondents would not buy a cosmetics product if they knew it, or one of its ingredients, had been tested on animals.

There are many alternatives available to brands today in lieu of animal testing. They include:

Issue has been that these alternatives are more expensive. Animal testing is very cheap. But what if it wasn’t? What if we put a higher price on animal lives and animal products?

Or, in the case of the Symrise sunscreen and the ECHA, how about just don’t sell that one!