Greatest Natural Phenomenon in the United States is Upon Us

The 17-Year Wait is Finally Over

One of the most incredible events in the natural world is finally upon us. And so this week we thought we’d dedicate our entire newsletter to this phenomenon.

Much like the cherry blossom bloom in Japan, or the Northern Lights in Iceland, we have our own spectacular show here in the United States and it only happens once every 17 years.

In the coming days and weeks, trillions of creatures will crawl from underground where they’ve been tunneling for food, shed their skin, and fulfill their destiny 17 years in the making. While this might sound like something from an Orson Welles dystopia, we are talking about the Cicadas. Specifically Brood X, that largest and most famous of the 15 Broods in the United States. 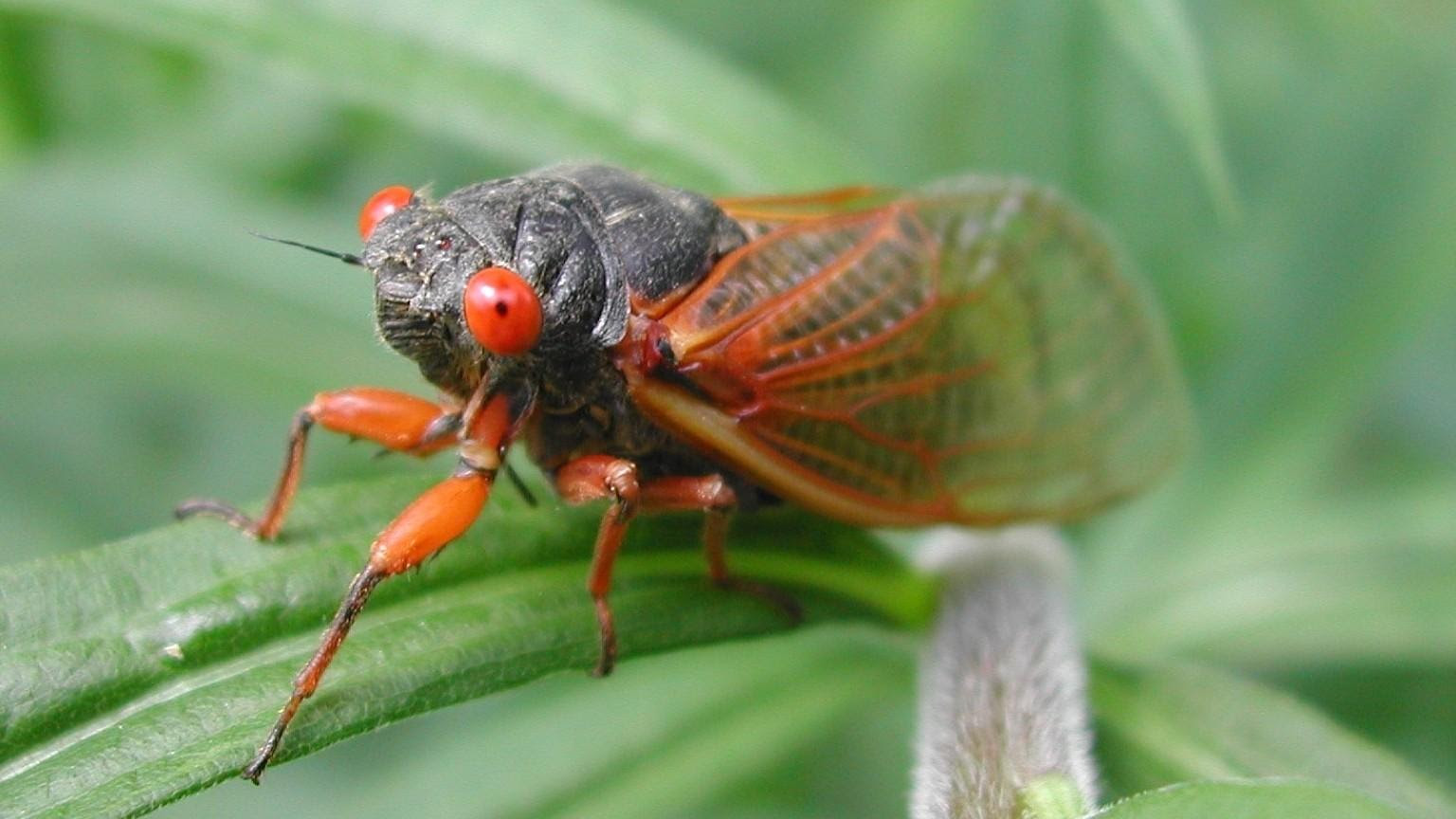 There are over 3,000 species of cicadas in the world, but only 7 species are periodical. Meaning they only emerge during set time periods, as if they were being summoned from a supernatural force.

And for all we know, maybe they are. Scientists don’t know exactly why periodical cicada species emerge on these long, set cycles, but there are theories out there such as they overlap predator generational cycles, or they evolved this way to avoid competing with each other for resources during their manic and short lived time above ground.

Just like clockwork, they stick to this pattern generation by generation. Although sometimes they emerge up to 4 years early or 4 years late if there are, say massive swings in temperatures for example.

Brood X is the largest of the 15 United States broods. Just how large? As many as 1.5 million cicadas per acre. That amounts to 800 tons of cicadas per square mile! It’s wild.

The last time we saw Brood X was 2004. That year the 2021 cicadas were born and they’ve been doing their thing underground ever since until their big moment right now. To put that in perspective, here are some other noteworthy events from 2004

These cicadas have missed a lot! So if you see one, try to catch them up on what they missed. They are 100% harmless. They don’t sting or bite. You can also follow their emergence in real time with the incredible Cidada Safari app here! 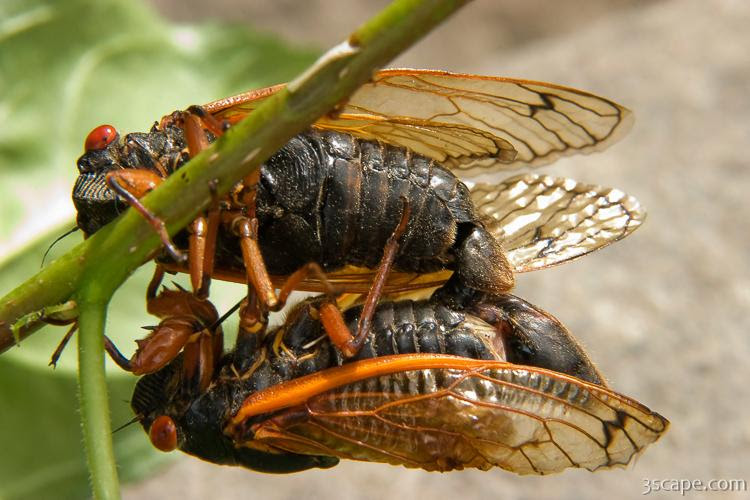 It’s Kind of a Sex Party

So what the heck are these critters doing for 17 years and what is the big event? Well, like almost every species on the planet, the culmination and goal is to mate and reproduce, and the build up to this moment for cicadas would make even a marriage night for a devout Catholic couple look like nothing.

Let’s give you a little recap of the life of a Brood X cicada:

It’s really quite a fascinating life.

Cicadas were spotted on record in the US in 1634.

As you can imagine, folks were stressed AF. You see, they thought these were locusts! And many people today still do. So images of the locust Plague from the Bible stirred up fear and anxiety and this phenomenon was anything but a welcome sign.

Cicadas are not locusts. Far from it. And they would like to remind you of that since locusts are really damaging to crops and at times to people, whereas cicadas are quite the opposite.

Locusts are a type of grasshopper in the order Orthoptera. Cicadas are in the order Hemipterans, and really have nothing in common with locusts. More importantly, unlike locusts, which are the insects from historic plagues due to the incredible devastation they cause crops leading to massive famines and food shortages, cicadas are extremely beneficial for the environment.

In addition to all this, so many smaller predators benefit from eating many of the cicadas as they emerge. The next few weeks is known as the best time to be a bird! An absolute feast awaits and this helps the populations of these species strengthen as well. 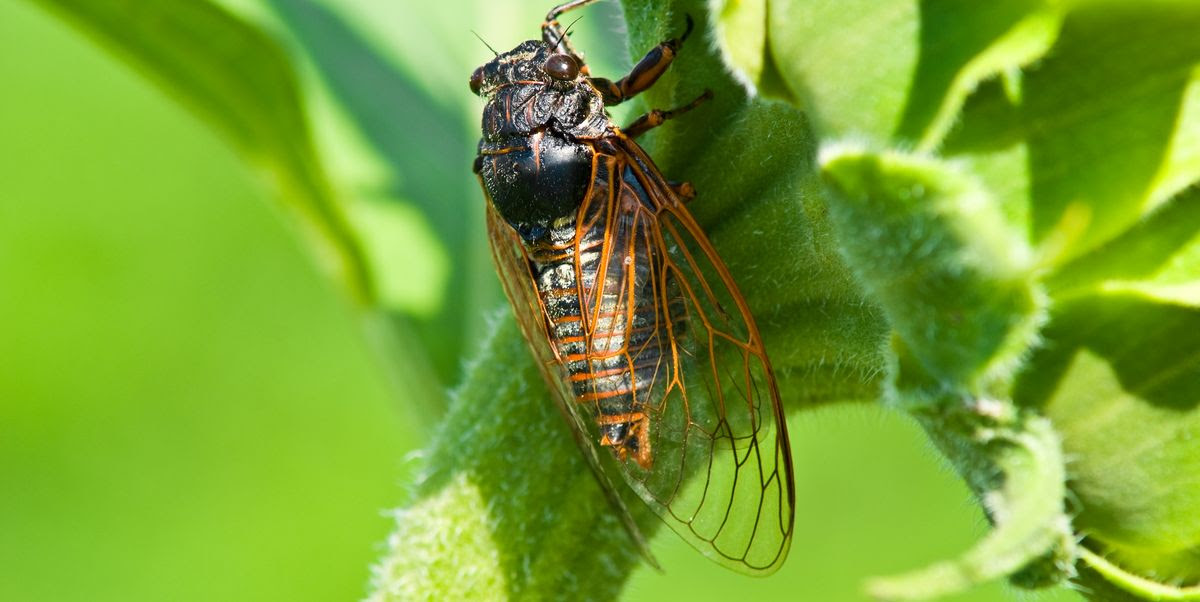 Cicadas are the opera performers of the insect world. The males sing such loud, epic songs that you can hear for miles. If you live on the East Coast or in the South, you know exactly what we are talking about.

Cicadas can reach as much as 100 decibels. For some context, that would be like standing 3 feet away from a chainsaw.

To form this sound, males rub membranes, called tymbals, against their abdomen.

Here is a video explaining just how loud they can get!

As if you thought cicadas could not get any more wild……there are also zombie cicadas!

Massospora, a parasitic fungus, lurks just below the surface level of the soil and can intercept an emerging cicada.

If it does, the fungus multiplies as the cicada molts into adult form, eating the poor critter from the inside out and castrating it near the rear end.

At this point, the fungus is essentially “operating” the cicada via psychedelic effects. Accelerating it’s drive to mate, which then infects the mating cicada and spreads the spores further and further.

Here is a little video showing how this works: