NORWAY IS EXCITED TO CAPTURE CARBON FROM BURNING WASTE, BUT SHOULD THEY BE?

By Annelise TappeJanuary 16, 2022No Comments

One of the most controversial issues in the fight against global warming is what to do with waste. We clearly are not doing a good job of recycling it given after nearly 40 years and hundreds of billions invested in recycling efforts worldwide, less than 20% of recyclable waste actually gets recycled. When we store it in landfills it produces a lot of methane. And when we burn it for energy, as is popular in many parts of the world, it produces a lot of carbon. Quite the conundrum.

The city of Oslo in Norway, which has been incinerating waste to produce energy for a long time, thinks they have come up with the solution in the form of carbon capture. This is not in the form of direct-air capture (DAC) we’ve profiled before where we pull carbon out of the atmosphere, but rather carbon capture & storage (CSS) where we aim to capture carbon right at the source. So will it work? Is this a good idea or not?

A little background on burning waste. Oslo burns over 400,000 tons of waste each year and this does provide heat that is turned into energy and power. The waste then avoids the landfill Sounds good right? Well it also produces ash and dioxins and accounts for 15% of the entire cities’s overall greenhouse gas emissions. Not so good.

The estimate on how “clean” waste incinerated energy is, it is clean than burning goal but more pollutive than natural gas. And those aren’t the bedfellows you want. Which is why Oslo aims to capture that carbon at the source to the tune of 90%, then store it down below the North Sea, where some experts believed it can safely live in a designated reservoir for up to 100,000 years with minimal leakage, due to the water pressure that keeps it at bay.

It will cost over $800M to build this incinerator-capture plant in Oslo which includes and ask of $350M from the EU. Oslo hopes this is a blueprint the entire world can use. But should we?

THE RUB WITH CARBON CAPTURE & STORAGE

Carbon Capture and Direct-Air-Capture are either brilliant ideas that are an absolute must to hit our global warming targets, or a slippery slope that should proceed with caution at not be overly relied on in our fight against climate change. It all depends on who you ask.

Carbon Capture has been around for decades. It has long been hailed as the key technology to protect our reliance on fossil fuels by simply capturing the carbon as its emitted and safely store it. It has been promised again and again and again by the fossil fuel industry only to never come to fruition at scale due to costs and controversy over where and how to store it. What has changed in it getting another long look has been:

While Direct-Air-Capture collects the CO2 differently, it still has the same storage need.

One popular theory is to store it underground, essentially where it came from. This could be in the form of deep ocean reservoirs or putting it right back in the oil and gas wells where it originally was derived. 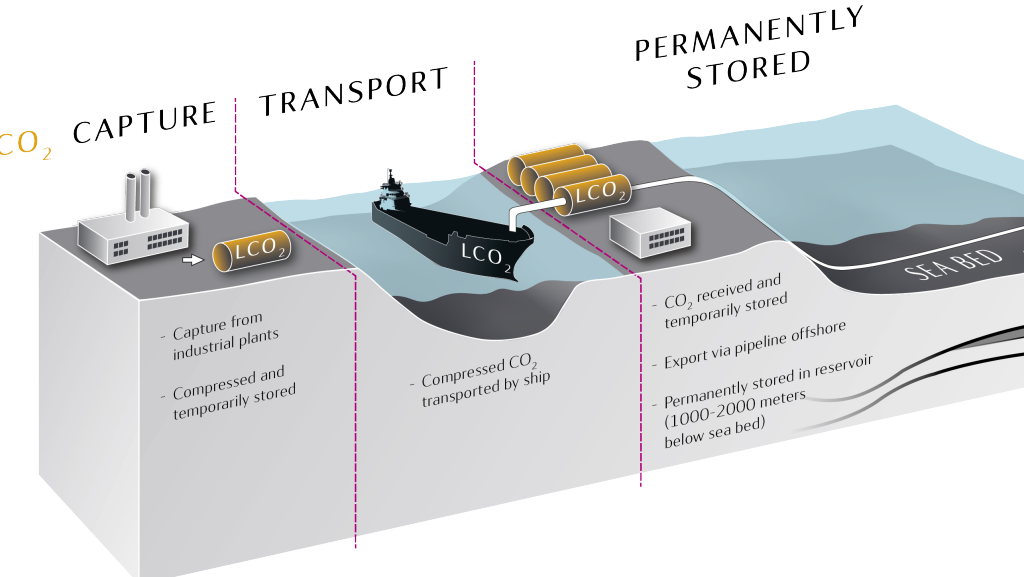 There is skepticism however on several fronts. For one, we have never stored carbon in any of the ways being suggested at scale for any serious length of time, so there are some unknown there. It’s also commonly used by oil and gas companies to aid in exploration via injections to reach deeper repositories. Not exactly where we want to be giving an assist.

However the major pushback is a bit less scientific and a bit more game theory. The worry that over reliance on DAC & CSS will lead to lowered incentive to reduce our emissions in the first place, such as speeding up our transition to renewables.

It’s easy to see why. Companies like Exxon are already showing us. Exxon is defending its long term view on fossil fuels while only dabbling renewables on the grounds that it will simply capture that carbon itself and reach net zero accordingly.

Exxon is trying to get paid on both fronts. Paid to produce carbon emissions by burning oil & gas, and getting paid to then capture it and sell it as carbon credits. Sounds good for Exxon. But you could see how their incentive to get of fossil fuels becomes pretty feeble if they make more money from sticking with them and can say they have a plan to get to net-zero emissions.

Oslo is so excited because they say this helps on two fronts: reducing waste and reducing emissions. If it works out as they hope, they’re not wrong. And in the spectrum of carbon capture & storage, we’d rather see it being used to aid in waste reduction rather than remaining on fossil fuels.

But will we limit and restrict our applications of CSS? Humans have proved quite poor at self imposed restrictions in the past. And we have a hard time seeing the fossil fuel industry being ok with the waste industry getting a green light on CSS while they have their hands tied.

Perhaps if we added two other things to the mix, CSS becomes a bit more palatable:

We are not going to carbon capture our way out of this mess, not by a long shot. If we don’t drastically reduce emissions and transition to renewables, we have no chance. However, we also need bridge solutions as we get there. CSS & DAC are strong candidates as such so long as they come with the right protocols and boundaries.

In the meantime there is another interesting way to get rid of waste called gasification. Here is a video outlining how that works. 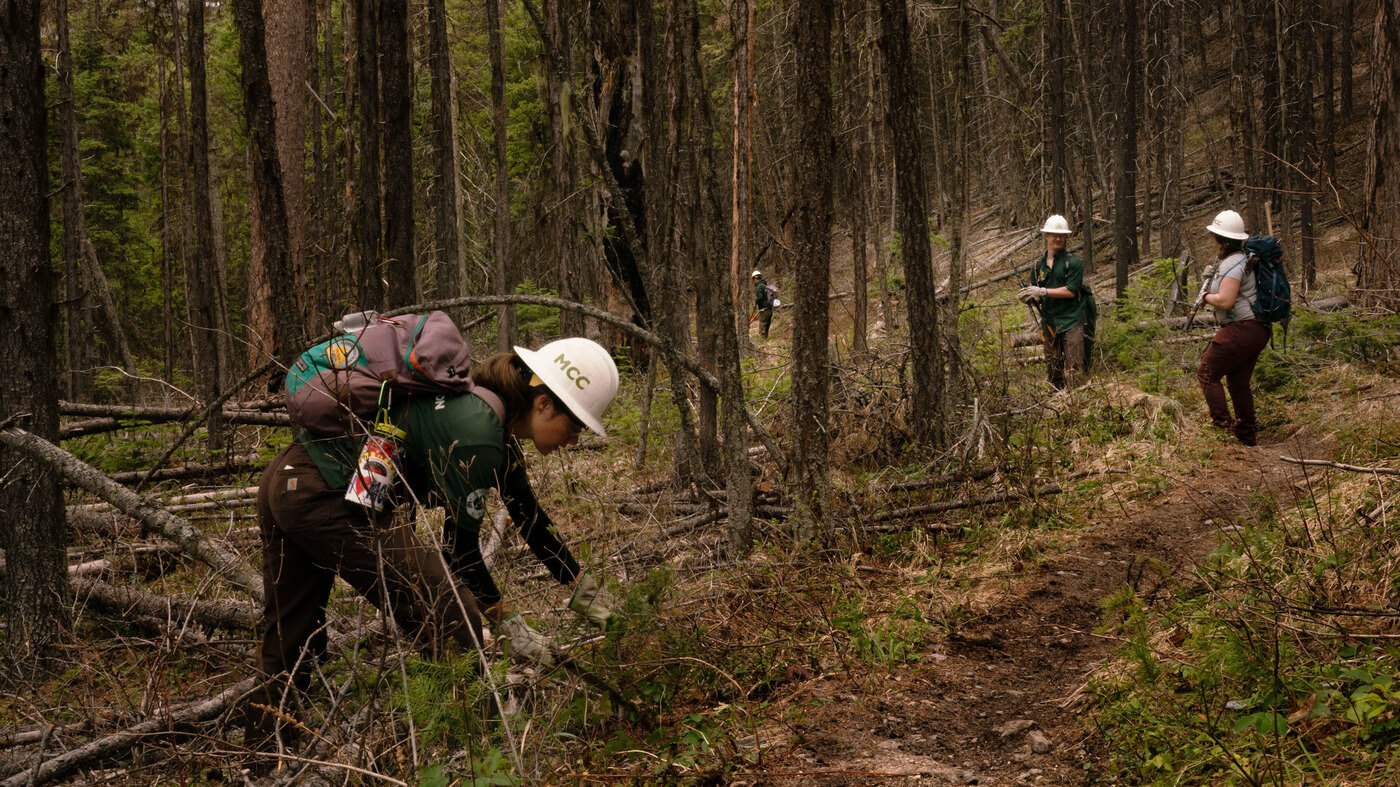 Don’t worry, we will save you from our diatribe on how bad of an idea the metaverse is when you think about what this world and society will look like if our digital experiences become so immersive and personally stimulating that we completely lose our ability to function effectively in the real world. Think social media effects x 100.

We are particularly worried about losing the younger generation there, and perhaps California’s Civilian Climate Corps is the national one we hope will get approval this year is a bit of an antidote. Young people are getting paid to protect and serve the environment, and according to a recent study in National Geographic, loving the hell out of it and getting motivated to pursue long term careers in things like wild land firefighting, US Forest Service, state parks, and clean energy. All things we really need skilled labor in.

The folks in California’s CCC are primarily all Gen Z. And they do a wide range of really interesting and super valuable work, such as:

Along the way, they are building life long friendships and after a year in the program, receive $8,000 towards higher eduction.

Now it doesn’t pay all that well – $27,180 per year – but keep in mind for most folks this is their 1st or 2nd job post school and doesn’t require finishing a bachelor’s degree, so you can join right out of high school. And some weeks are busier than others, allowing CCC members to fill some pay gaps with other gig jobs such as driving for food delivery.

Still, it can and should pay more. And Democrats are trying hard to make that happen at a National level.

WILL THE NATIONAL CCC BE RESTORED IN 2022?

The very first CCC came to fruition in 1933 under FDR. Back then, the CCC was primarily tasked with building out our National Parks and Trails, which are still in prime use today. It employed over 3 million men during it’s 9-year run before getting shut down by a later administration.

Joe Biden has been trying to bring it back since his inauguration. In the current spending bill getting batted around Congress, it includes $10B over 10 years to fund a CCC. However most supporters and experts believe it should be much higher to the tune of $25-$25B. This is in order to guarantee at least 300,000 new jobs and pay the proper $15/hr minimum wage + a $25,000 education grant. That could change the course of life for lots of young people while also helping our cities and communities adapt to climate change and become more resilient while adding labor to key projects like building the infrastructure we need to move to renewable energy or putting up fences around ranchers to safely deter and protect wolves.

Of course it’s getting hammered by Republicans, and if they take over Congress in 2022 before being enacted, it might tragically never see the light of day.

Which is a great case study in how awful our politics and news media have become, where so few politicians actually have views and values, they just blow wherever the voting wind takes them. Consider the CCC. In 2020, before Biden won the election there was a proposal for a Civilian Conservation Corps that had 84% Republican voting support.

A year later, under Biden’s recommendation and with a slight name change to the Civilian Climate Corps, the Republican support dropped to 44% for effectively the same bill!. This how absolutely juvenile our political system has become. As for the name change, we honestly don’t know who is dumber; Republicans for putting so much stock in a label over substance, or Democrats for insisting on the name they want knowing it would lead to more pushback. Ugh.

Republican Representative Jim Banks of Indiana described it in a memo as “ a cabal of federally funded climate police.” That’s how much it’s being purposely misconstrued in order to trick their supporters into standing against it. Fox News, The Godfather of purposely misconstruing information, actually told its viewers that the Civilian Climate Corps would be able to throw away your hamburgers because of the livestock industry’s climate footprint, even after you buy them and before you finish eating them. All with your tax dollars. Oh the humanity!

A National CCC is more than just a good idea, it’s a fucking awesome idea. And it’s a great economic idea as well.

AmeriCorps, a similar such organization but centered around providing jobs for social work across the country, has found that for each $1 the government spends on the program, once you factor in all the benefits to individuals and communities and the work they go on to do after vs. where they were coming in, it produces $17 of tax revenue and savings. $1—$17 is pretty good.

It’s a win-win all around. Cities get help becoming more climate resistant. Civilians get more help in disaster relief. Hundreds of thousands of people get new jobs they can feel good about. And we will save a small but important fraction from getting sucked into the stimulation vortex of the metaverse.

Let’s stay unplugged from the Matrix and focus on saving this planet so we can thrive in it and enjoy it.