By animaliaJanuary 12, 2021July 20th, 2021No Comments
This week’s newsletter centers around the story of Baby Kit, a 4-year old bull elephant in Laos that is in a critical situation, and who represents what could be a paramount change in elephant conservation in Laos. The first story was written by our partners – The Lao Elephant Initiative – who work directly with Mandalao, the conservation where Kit lives today
TLDR:
The Story of One Little Tusker and How We Can Save Him…
Written by The Lao Elephant Initiative 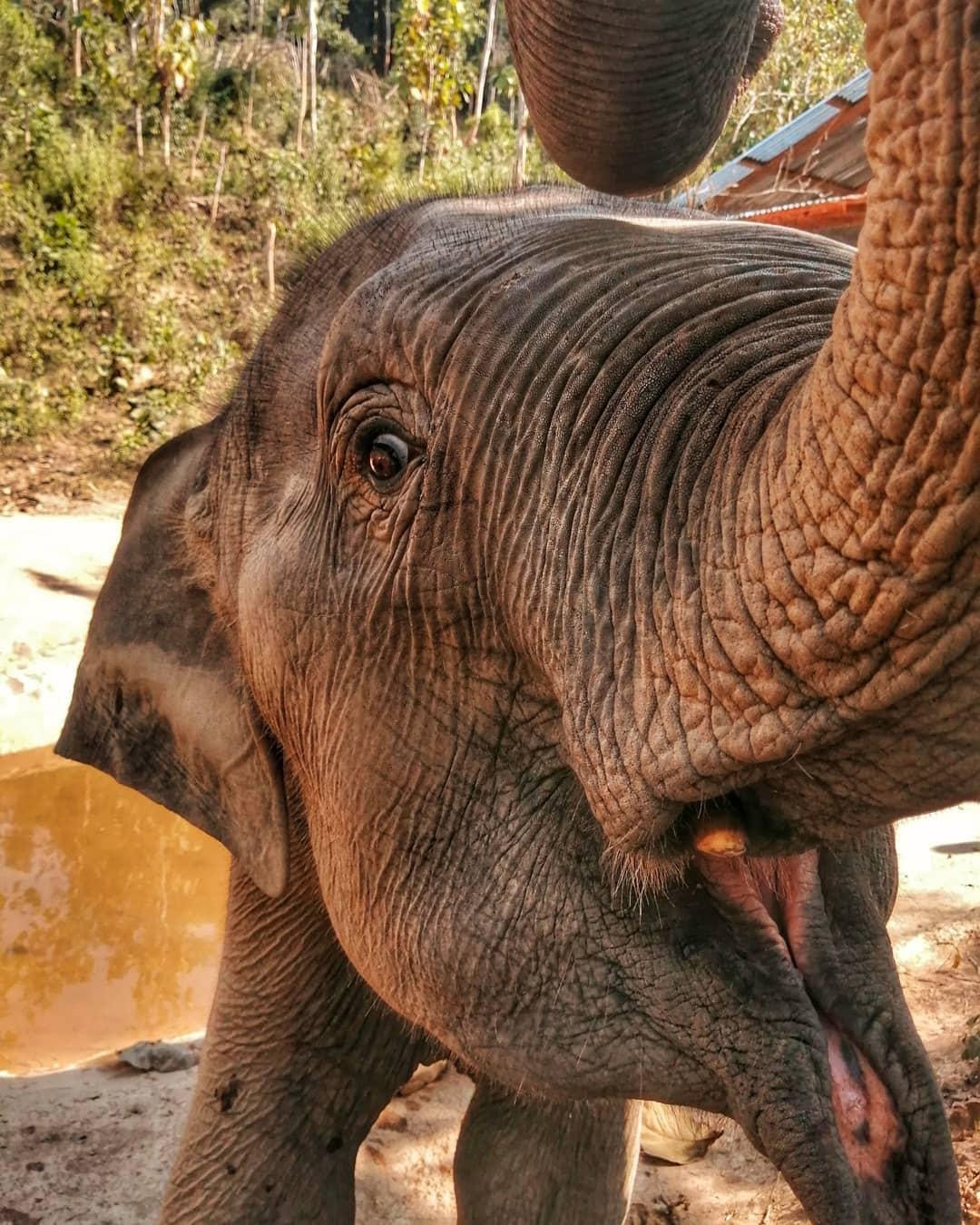 Baby Kit is currently safe and secure at MandaLao, being raised with limited human contact and extensive time in the jungle in preparation for his return to the wild. His owner, a man whose business is elephants, has earned his money by sending the elephants he owns to work at logging camps and riding camps. Because babies slow down the work productivity of adult elephants, in 2017, he agreed to rent Kit and his mother to MandaLao Elephant Conservation (located in Luang Prabang, Laos) for a period of 5-years, with the option to buy.
MandaLao’s intent was to do just that, but rather than keep him captive, their commitment was to work with experts in Thailand who have spent their lives “re-wilding” elephants to establish a safe and successful reintroduction plan into the wild. This would mean that Kit would be one of the first bulls born in captivity to spend his life in the wild.
After years of nerve-racking negotiating, MandaLao was finally able to purchase Baby Kit for a much inflated price. Given MandaLao’s love for Kit and their commitment to returning him to a life in the wild, they took out loans to secure the sale. With the help of donors, they are confident that they can raise the money to pay for him and finally be assured full ownership.
MandaLao Elephant Conservation was founded to be an advocate for the well-being of Asian elephants in Laos. Since 2016, MandaLao has begun to put in place the fundamental building blocks to increase the population of wild elephants in Laos. The long-term plan depends on having a young bull elephant to serve as the matrix of a “bachelor herd” of elephants that can be safely reintroduced into a protected portion of a National Biodiversity Conservation Area (NBCA).
MandaLao is working with the Lao Elephant Initiative (LEI) to generate funding to create a NBCA with the intent to preserve its flora and fauna, with an emphasis on elephants. They envision this to be Kit’s future home. Over the next few years, MandaLao will purchase or adopt other young bull elephants with whom Kit will bond. Called a “bachelor herd,” this is the way wild male elephants prepare themselves for life in the jungle. It will be an essential part of a successful re-wilding plan for Kit. With the help and support of elephant conservationists, MandaLao believes that Baby Kit is, indeed, the key to changing the “captive elephant” model to one that focuses on increasing the wild elephant population in Laos and ensuring that they can not only survive, but thrive. And, Baby Kit? With your help, he will be the game changer.
DONATE TO KIT’S FUNDRAISER HERE.
Insight: Captive vs Wild Elephants
In a perfect world, all elephants would live in the wild in their natural habitat and not with humans. Sadly though, many elephants who were taken from jungles decades ago, and have lived in captivity for most or all of their lives, never learned the skills needed to survive in the wild. And while some countries like Laos have set aside National Biodiversity Conservation Areas (NBCA’s) – protected areas for wildlife, serious concerns remain around human encroachment, poaching, and the long-term commitment to conservation and preservation.
The best Elephant Conservation projects, like MandaLao, try and do everything in their power to ensure that captive elephants in their care live a life that mirrors, as closely as possible, the one they would live in the wild. This means time with their herd in the jungle, plenty of food and water, and no hooks, hammers, or chains. In addition, they make sure they have mahouts who love elephants and use positive reinforcement training, so elephants are able to receive medical and foot care, and are ensured safety.
But, in the end, MandaLao believes that true elephant conservation is about actively working toward a future where there are no longer captive elephants and the population of wild elephants increases and flourishes.
THIS MONTH, 100% OF PROFITS FROM ANY OF OUR ELEPHANT MERCH WILL BE DONATED TOWARDS KIT’S FUNDRAISER When you buy any of our elephant merch in the month of January, we will donate 100% of profits from your purchase back to Kit’s Fundraiser

SHOP NOW
IN RELATED NEWS
Troubling Development in Laos…
For some further context related to Kit’s story, there was some big news coming out this week on the state of elephant welfare in Laos 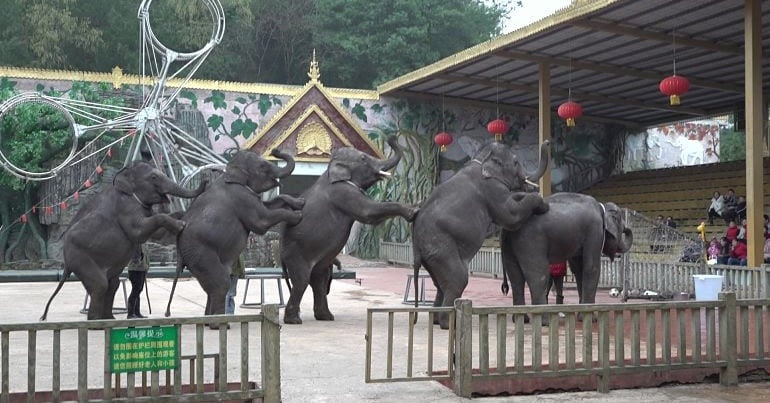 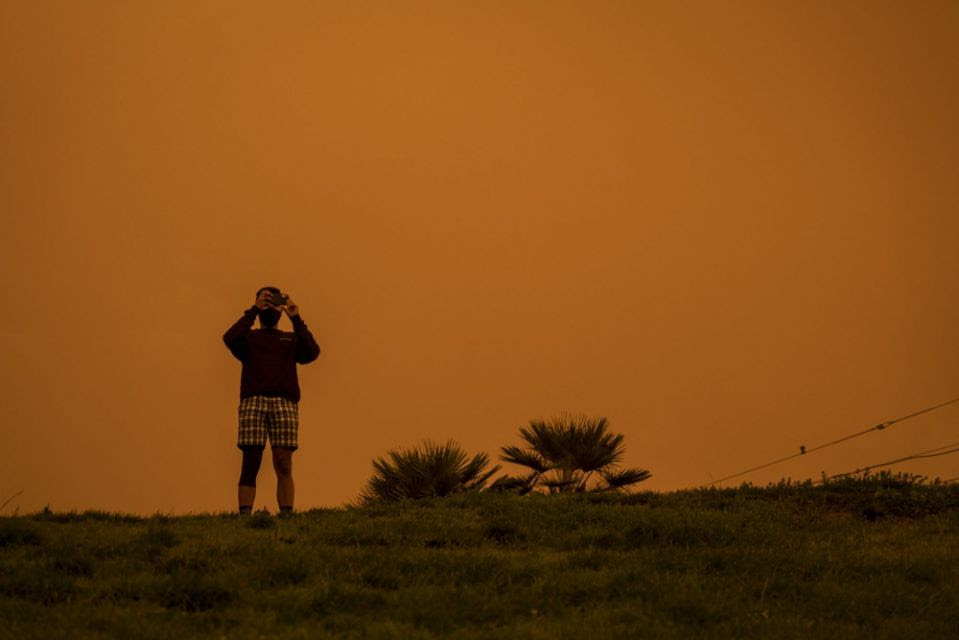 Over the past year, YouTube has started to really put the clamp down on misinformation around Climate Change, which is rampant across the platform.
Ever since climate change started to become a bigger and bigger issue, there has been a rash of content funded by industries such as big oil and right wing conservatives to debunk the science behind it. They know how to play the YouTube game just as everyone else – utilizing clickbait titles, specific keywords, and seeding these in the right communities to drive up popularity and boost them in YouTube’s algorithm.
While YouTube has started to clean up some of these, a couple problems still prevail. The first is that while they are working to demote videos making false claims, they are not willing to demote videos discussing false claims – i.e. if a Fox News video gets pushed around discussing a claim about climate change that is blatant misinformation, YouTube will not touch it.
The second is simply the challenge of making climate change content popular within their algorithm given it’s politicized nature.
For example, a big part of YouTube’s scoring system for ranking videos is the Like:Dislike ratio. Given how politicized climate issues are, any video trying to promote climate scientist garners a ton of dislikes from right wing folks. This makes it hard to get these videos to pop.
It’s also not necessarily what people are looking for on YouTube – which is lighter, breezy entertainment or more polarizing, emotionally-stirring content. Those who are trying to educate others on climate change do not enjoy having to constantly push their videos to the extreme and use hyperbole to gain popularity. This is a problem across all of social media.
Full Story on Bloomberg Green
Still, some great, factual content does emerge. Here’s a favorite video of ours from the fellas at ASAPScience with the OG himself, Bill Nye:
New Theory on Initial Domestication of Dogs 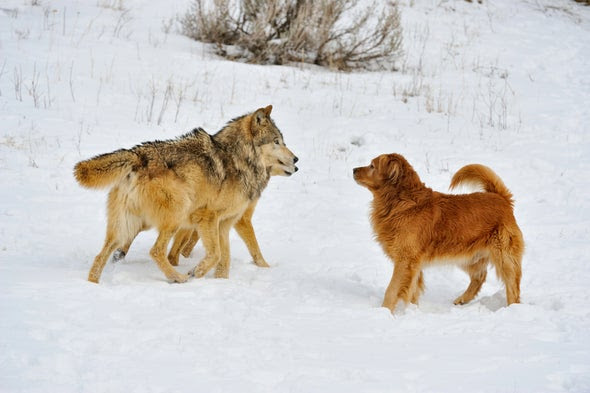 A new study out of the Finnish Food Authority proposes an interesting theory on how and why we may have started to domesticate wild dogs.
And yes we are saying domesticated wild dogs, not wolves. On a totally separate note, it was discovered in 2014 that modern dogs did not evolve from wild wolves, but rather they dogs and wolves evolved separately from a different, long extinct species.
Back to story! Contrary to what some people believe, early humans were primarily gatherers, not hunters, since it took time to develop tools and techniques to make hunting possible and safe. Once they began eating meat, their digestive systems could not handle it in large quantities.
During the peak of the Ice Age, human tribes were able to collect more meat than they could handle since hunting became easier in a way without some of the larger dangerous mammals to contend with and they could store it longer via freezing it and heating it with fire.
With this excess meat, they likely started leaving scraps behind with increasing frequency and wild dogs were there to take advantage of it. This study theorizes that this is what led to an early symbiotic relationship and later on humans found ways to utilize their new canine friends. As opposed to the traditional thinking that humans first set out to domesticate wild dogs for specific tasks and needs.
Read more at Scientific American
Crowdsourcing Forest Protection 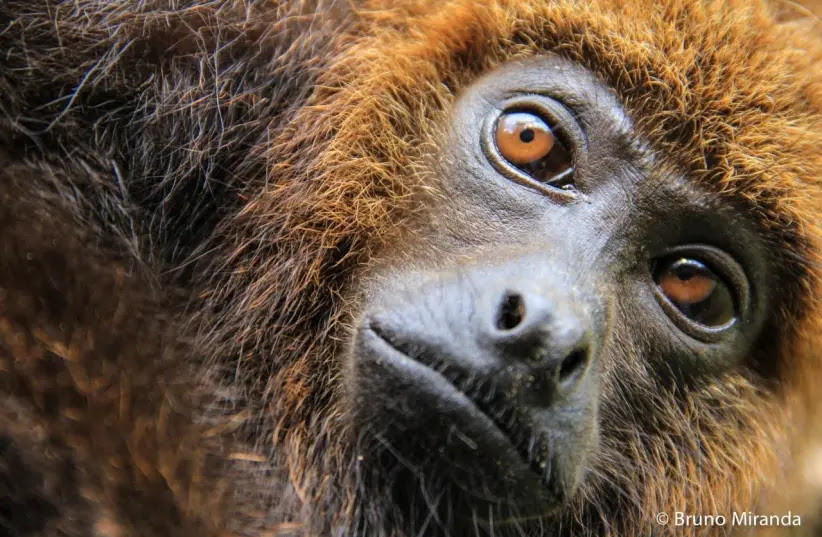 Rather than relying on governments to protect wild lands, why not just buy them directly and cut government out of the process?
For the last 5 years, an NGO called This is My Earth (TIME) has been doing just that.
This week, they closed on the purchase of 700 acres of forest in Brazil and 200 acres in Kenya. The Sierra Bonita mountain range where the Brazil purchase was made is considered one of the highest priority conservation areas in the world, home to 27 different species of endangered birds. It was purchased for $140,000 USD.
There are two interesting aspects of TIME’s structure worth noting:
Pretty cool stuff.
Read more in The Jerusalem Post