The G7 Summit was held last weekend – an annual event of leaders from the US, UK, France, Germany, Japan, Canada and Italy – where they hang out at a fancy resort and agree on things to work on and prioritize.

Now, notably missing from this list is China, and then India, and then some really fast developing nations like Indonesia and some still impactful larger countries like Brazil. Still, what happens at the G7 Summit matters.

With this collection of countries, one would think that when the topic of Climate Change and Protecting the Planet comes up, they would be very ambitious and aggressive in tackling this crisis. Ehhh….not so much. This weekend was a complete and utter fail if you ask us and incredibly disheartening.

What We Wanted vs. What We Got

We wanted to see a firm end to moving off of coal domestically & in international trade and financing, especially going into the UN Climate Summit in November that China & India ARE a part of, to set a bar for those countries to meetInstead, we got a bunch of hand waving gestures

We wanted to see some accountability for failing to hit their target from a year ago of committing $100B in funds for poorer, marginalized nations hit hard by the Climate Crisis – such as Honduras or Bangladesh – and a hard commitment and deadline to deliver on it in 2021What we got was deflecting blame on COVID and the softest of commitments

The Frustration with Net Zero

As per the usual, these leaders are constantly reiterating their focus on becoming a “Net Zero” nation, where their total carbon contribution will get to a point where it is zero or neutral on an annualized basis.

This is not the right target, and it’s very misleading and needs to stop being the focus. Let us outline two big concerns on why.

1) This commitment is really resting on future technologies that are still unproven such as carbon capture, or even worse, carbon offsets. We call bullshit on both of these levers. We have no idea how well carbon capture will scale in the future, how much it will cost, if we can safely store it at scale, etc….too early to tell. And carbon offsets are the equivalent of hiding your profits to avoid taxes. Yeah, you can make the paperwork fly, but it’s all a game of accounting. When the real change should come in the actual output of our goods and services.

2) Carbon is not the only greenhouse gas. It gets all the media attention, but it does not tell anywhere near the entire picture of the climate crisis. Furthermore, greenhouse gases and global warming are not the end all be all of the crisis, so too is our water supply and quality of it, acidification of the oceans killing valuable marine ecosystems, soil erosion and degradation from use of chemicals and monoculture….there is a lot more to work on than just carbon.

To Sum It Up

Laurence Tubiana, the former French climate negotiator, summed it up well: “In the face of a perfect storm of planetary crises – the world’s richest democracies have responded with a plan to make a plan.” 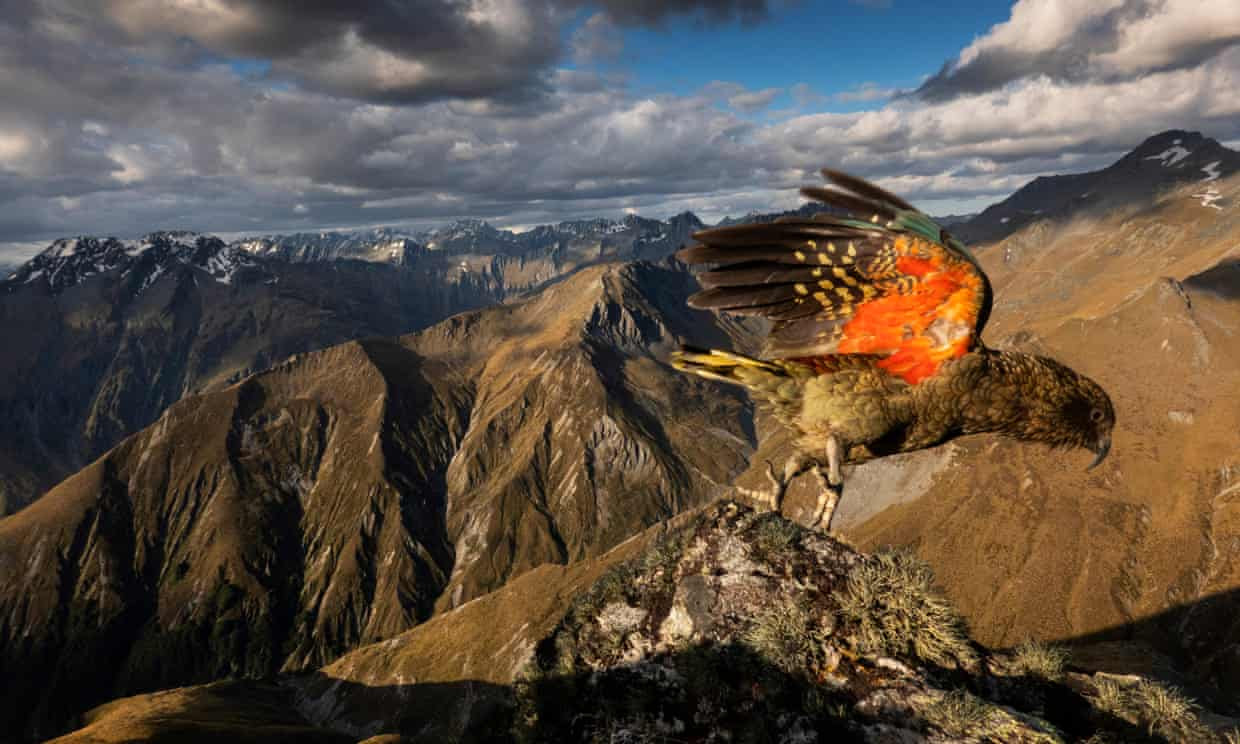 The Parrot that Moved to the Mountains to Avoid Humans

After humans just spent over a year avoiding each other, we now get wind of an Alpine Parrot which has moved to the mountains to avoid humans, too. At least, that’s the initial hypothesis.

It is no secret that climate change takes unprecedented tolls on the biodiversity of the planet. The kea’s experience is no different. New Zealand’s kea is the world’s only alpine parrot, and its endangered status makes its habitat change particularly interesting. Instead of remaining at its usual elevation, scientists speculate that the kea is migrating to greater altitudes in order to avoid anthropogenic threats, like climate change. As the climate heats, the alpine habitat decreases and the kea are forced to retreat from the lower lying habitats, as competitive, lowland species push in. This type of forced retreat is normally very concerning, but scientists are making discoveries which could indicate possible success for these parrots.

DNA and fossil records indicate that there may have once been more alpine parrots in New Zealand. Once considered specialists, kea DNA compared to that of the close relative kākā now suggests that the kea may be a generalist, giving it an advantage as it has to adapt to new environments. If kea really are generalists, then this habitat retreat may not be the end of this alpine parrot.

The alpine parrot also has a rich history in New Zealand, and has had to combat human threats before. They are characterized and mischievous and intelligent, and are known to attack the rubber windshield wipers of mountain visitors. Over the years, the kea has been known to steal things from people, like passports, and they have even had their share of squabbles with farmers. Keas attacked so many sheep that the New Zealand government placed a bounty on kea beaks for 100 years, the policy only coming to an end in 1970. It is estimated that over 100,000 keas were killed for bounty. Toda, kea are nationally endangered with population estimates of 3000-7000 birds remaining.

Although anthropogenic causes could be the reason for the kea moving to higher altitudes, scientists are unable to draw this conclusion without further research. These critical numbers will have scientists keeping a close eye on kea habitat occupation. For now, the kea are still around, so farmers should still keep an eye out for their sheep and tourists should hold tightly onto their passports. 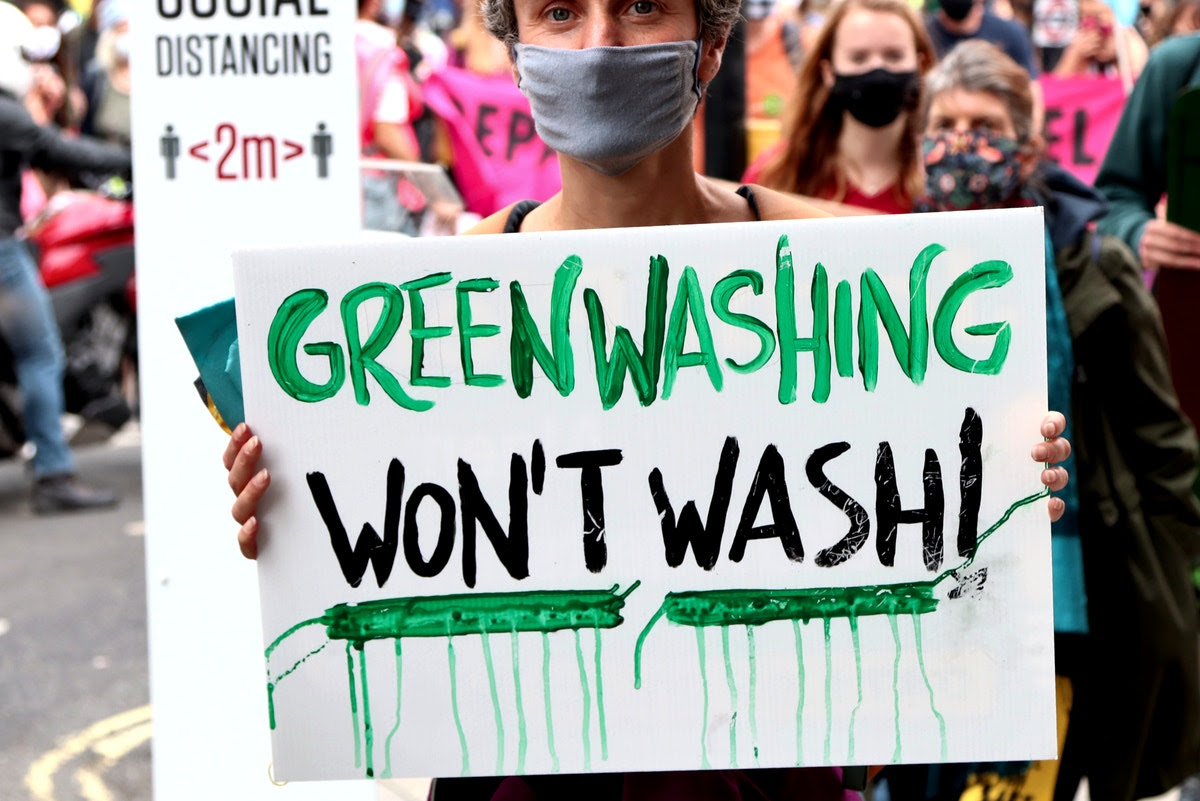 Ahh, isn’t it refreshing when a company actively engaged in Greenwashing gets it smacked right back in their face? Even if that smack is coming from the oil and gas industry 🙂

For those not familiar with the concept of Greenwashing, it’s when a company does something to make it look like they are on the right side of being eco-friendly and environmentally sound, but in reality they are far from it. Ya know, kind of like Jeff Bezos last year pledging $900M to climate NGOs when in just 2020 alone, when everyone was losing jobs and loved ones, he made $40+ billion in additional personal wealth from one of the heaviest polluting companies on the planet. That’s like getting your $10 for lunch stolen by a bully and then the bully tossing you $0.25 for your troubles. But we digress….

So North Face, the apparel and accessories company for the outdoor lifestyle, recently denied making co-branded jackets for a Texas oil & gas company. It was their way of signaling to their employees they don’t support the fossil fuel industry and are making a stance. Gotta live the golden age of virtue signaling. Cause in reality…..

Nearly every single product that North Face produces and sells is derived from petroleum. Ouch. Why is that? Well, over 50% of all the clothes in the world are made from petroleum in fact, as this is where we get our synthetic fibers from for materials like nylon and polyester. If you want to know more about how this might change, check out our podcast last year with Kintra Fibers, a company making synthetic fibers from foodstock.

Back to North Face…..it’s hard to believe a company could be this naive. That anyone on their team decided to turn down co-branded jackets to make a statement against oil & gas when every single one of their products is made from oil & gas. That is either utter incompetence or savage hypocrisy.

And the oil and gas industry let them have it. We won’t even tell you how. We will just let the video below from Liberty Oilfield CEO Chris Wright speak for itself….

Some Dope Upcycled Jackets and Totes

Now, they still sell original source products with synthetic, petroleum derived fabrics. But at least they are putting real effort into upcycling, and hopefully as soon as non-petroleum derived fibers are ready at scale from folks like Kintra, they will make the switch over.

Most of all, they aren’t actively engaged in greenwashing like North Face. 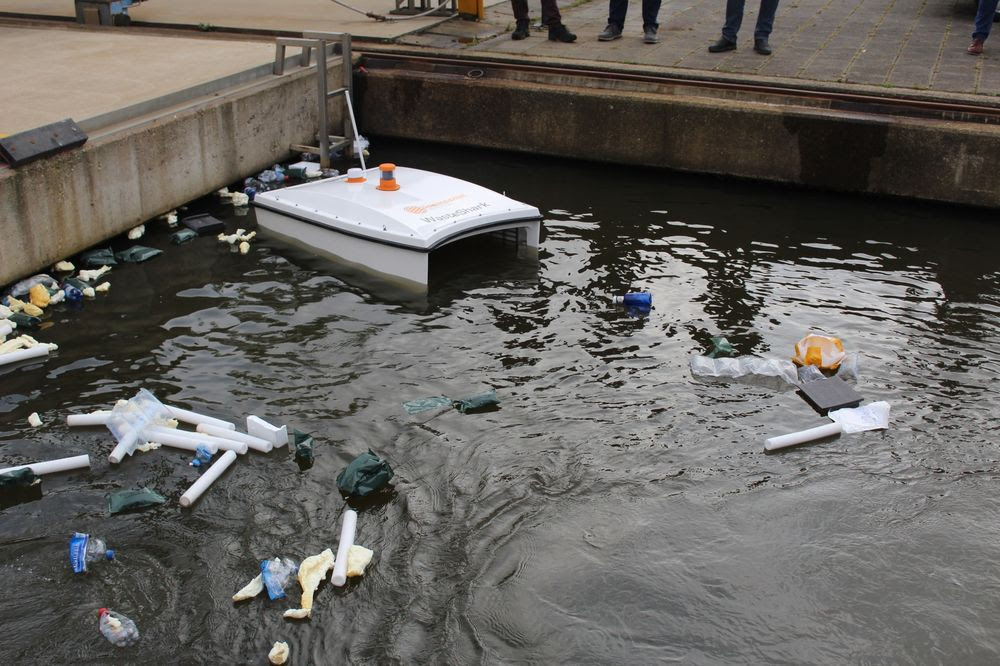 Our world’s dirtiest confession is no secret: We have a massive plastic problem. Our oceans are no exception to this problem, and some may even argue that the problem is worse there than on our lands, given the high volume and direct impact plastic pollution has on marine life and its ecosystems. Many animals such as seabirds, turtles, fish, whales, rays and others often find themselves tangled in ocean plastic waste, which can often be fatal if left untangled. Some animals, like turtles, will even mistake certain plastics for food, ingest it and suffer severe health issues resultantly. And those are just the BIG plastics. Our oceans also contain microplastics, or tiny little pieces of fragmented plastic less than 5mm in length. They enter natural ecosystems from a variety of sources, including cosmetics, clothing, and industrial processes, and make their way up the food chain (yes, eventually ending up in human bodies). It’s estimated that there are 14 million tons of microplastic on the ocean floor alone.

The Mighty Impact of Microplastics

And unfortunately none of that data even begins to scratch the surface. As many as 91 million metric tons of litter entered the oceans between 1990 and 2015, as much as 87% of which was plastic, according to research. An estimated 5.25 trillion particles of litter are currently floating in the oceans today. Recent funding and focus has been primarily allocated towards banning single use plastics, however many conservationists point out that there has already been a lot of damage done that needs addressing, too.

So, what is being done to solve this plastic problem? The answer is similar to that of many other world issues…. robots, of course! While around 80% of ocean plastic pollution projects are focused on monitoring only, the remaining 20% are aimed at the actual clean up. Still, the number of methods has increased exponentially recently, with 73% of all methods having been developed in the past four years alone. So you can say there has been a huge tech boom in the ocean clean-up sphere, which is great, although we do have to note that the plastic problem was reasonably understood by the late 1980’s, and we are just now seeing action (better late than never?).

Ok, so now for the whole robot/drone part. With new funding and much needed focus on the plastic pollution problem, the robot army is resultantly rising. Various robots have been developed recently, all with the purpose of clearing plastic from our oceans. Note: this mainly tackles the large plastics, and not microplastics.

Among these inventions is the sea garbage bin, which is a giant plastic-collecting barrier, and a marine drone that floats and collects garbage through a wide opening that mimics the mouth of a whale shark.

Another litter clearer is the BeachBot, a garbage collecting rover (designed after the Mars rover), that collects small trash like cigarette butts, single use utensils or plastic caps from beaches.

While these robots sound great (and kind of adorable?), many can’t help but wonder how much of a dent these will truly make in the insane mass of plastic in our oceans. Plastic production and waste accumulates faster than the inventions to reduce it. By some calculations, it would take about a century to remove 5% of plastics currently in the oceans using only clean-up devices.

We have a feeling this is just the beginning of robot solutions like this being implemented to assist with environmental issues. And while we look forward to seeing further developments, we also simultaneously continue to stress that the world also needs some serious behavior changes from a preventative standpoint if we ever want a chance of actually tackling the plastic.