A PESKY BEETLE IS PLAYING A BIG ROLE IN WILDFIRE OUTBREAKS

By Annelise TappeAugust 13, 2021No Comments

There is some great work happening on Vox right now (as usual, we are big fans) covering the science and politics around the biodiversity crisis called Down to Earth. We encourage everyone to check it out.

One of the stories in there that caught our eye is about the Bark Beetle, given what is shaping into yet another devastatingly unprecedented year with wildfires. The Dixie Fire in California is now the 2nd largest in the state’s history. The Bootleg Fire in Oregon that has been lit since June, thankfully now 96% contained, was the largest in Oregon since 1990.

What we are learning is the role of climate change goes far deeper than rising temperatures and dryer conditions. These are the catalysts for so many other changes that contribute to fires. And another one has emerged….the bark beetle.

There are over 600 species of Bark Beetle out there. They tunnel into the trunks of trees and as they feed, they disrupt the flow of water and other nutrients which proves to be fatal for trees over time.

It’s estimated that bark beetles have killed more trees in the last few decades than all the wildfires combined.

The Creek Fire in California last year was the largest in the state’s history. It’s estimated that 90% of the fuel was timber killed by Bark Beetles.

Here’s where climate change comes in. Typically, large volumes of these beetles die off in winter conditions. And it takes time for them to regrow their population size into spring and summer. As winters dry out and become more temperate, more beetles survive, throwing off the annual cycle of reduction and reproduction. Furthemore, warmer summer temperatures speed up their reproduction cycles.

In addition, drier conditions – California for example is in the middle of the largest drought in 1,200 years – limit a tree’s natural defense system. The trees are forced to close off structures that contain CO2, and carbon for trees kind of operates like white blood cells for us.

Forests can tolerate a certain number of bark beetles, but due to climate change that number is blowing past that toleration point.

SO WHAT DO WE DO ABOUT IT?

Well, there is nothing we can do directly about beetles, and we still need to learn a lot more about their impact as it relates to different conditions and ecosystems. For example, beetles can also help a tree reach a point of decay where it is less valuable as fire fuel.

And we know there is nothing we can do in the short term about rising temperatures and dryer conditions – these are here to stay and only if we get our act together on the larger issues of pollution and emissions might this stabilize in a few decades.

So in the meantime, we must continue to manage forests more aggressively. We need to ramp up controlled burns and free up resources to do so. We should empower indigenous people who have been doing this for thousands of years. We need more first responder funding and mental health support as well. We need better water management. And as counter-intuitive as it may sound, we should be open to a controlled timber industry that can help lower forest density and water competition in key vulnerable areas. 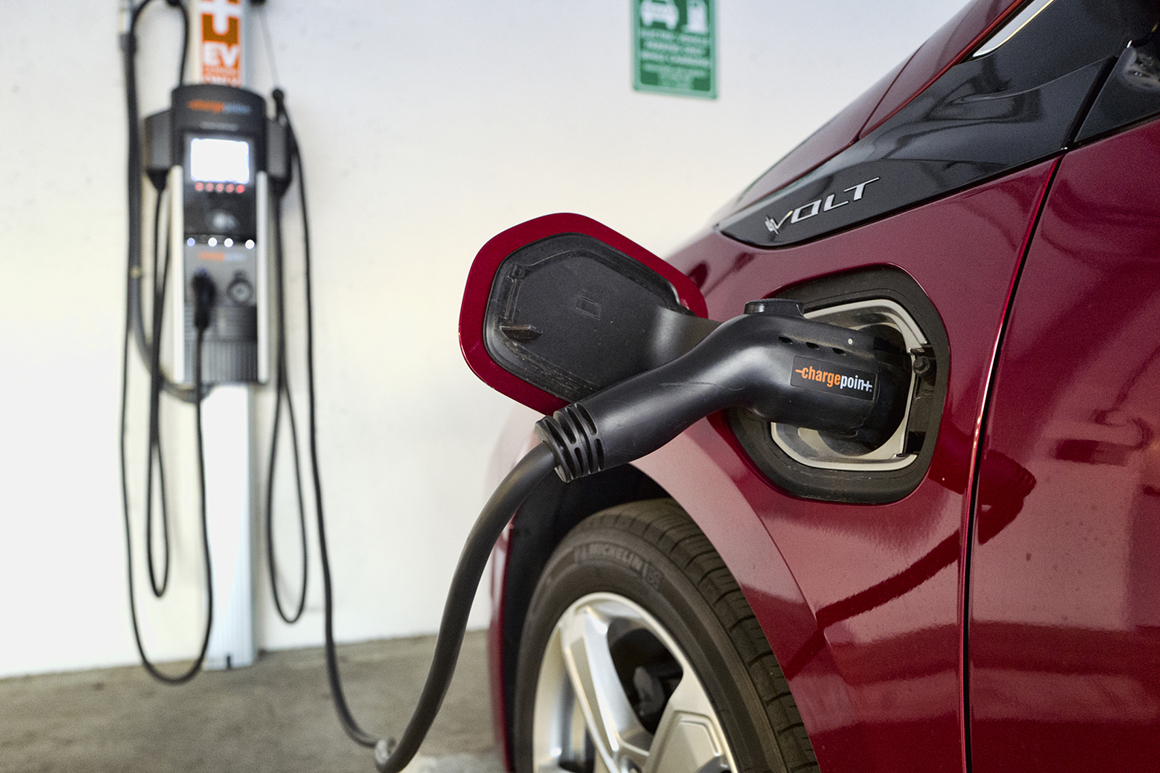 The Biden Administration announced last week that they want to see 50% of all the cars sold to be electric ones by 2030. That’s a great goal and would be a major environmental achievement if we get there. Only problem is, there is very little in the way of hard details and mandates to believe this will be accomplished.

Now he’s left both sides a bit frustrated. Which is becoming all too commonplace with this administration in recent weeks. He’s left the environmental end of things frustrated, as well as many traditional big auto folks who don’t want to see diesel engine cars publicly shamed in any way.

This feels a bit too much like a New Year’s Resolution than it does progressive climate policy.

Depending on the car itself, whether it’s a hybrid or full electric, and battery efficiency, E.V. cars produce between 20-80% less emissions than traditional gas engines. It’s significant.

So we need more electric cars on the road. There have been lots of challenges to get there. In the US, just 3% of all cars sold are electric. Compare that to 17% in Europe and 7% in China. Although China is investing in batteries and charging stations at a much faster rate than the US.

Obama put some very aggressive targets on fuel-efficiency targets and phasing out diesel engines, but the problem was Trump rolled all of those back. That’s one of the struggles of the US system, how easy it is for important bills to just get repealed in the name of politics every 4 years. Leaving progress a bit stuck in the mud.

Some feel the reason Biden was soft on hard commitments to hit this lofty goal is worry that the more aggressive it is, the more likely it would get dismembered if there is a change in Congress in 2022 or POTUS in 2024. Still, that hardly seems like a good reason for some hand wavy commitments at a time where we separately need to immediately curb emissions.

The hope is that Biden will follow up with some more hard line commitments in the months ahead and in the fall infrastructure bill that will help deliver on this goal of 50% of cars sold to be E.V. by 2030. Some examples:

We could also take a page out of Europe. They have a plan being voted on right now to ban the sale of diesel engine cars by 2035.

Kudos to Biden for making this goal public, but until he follows up on it with some concrete mandates and policies, nobody should be satisfied. 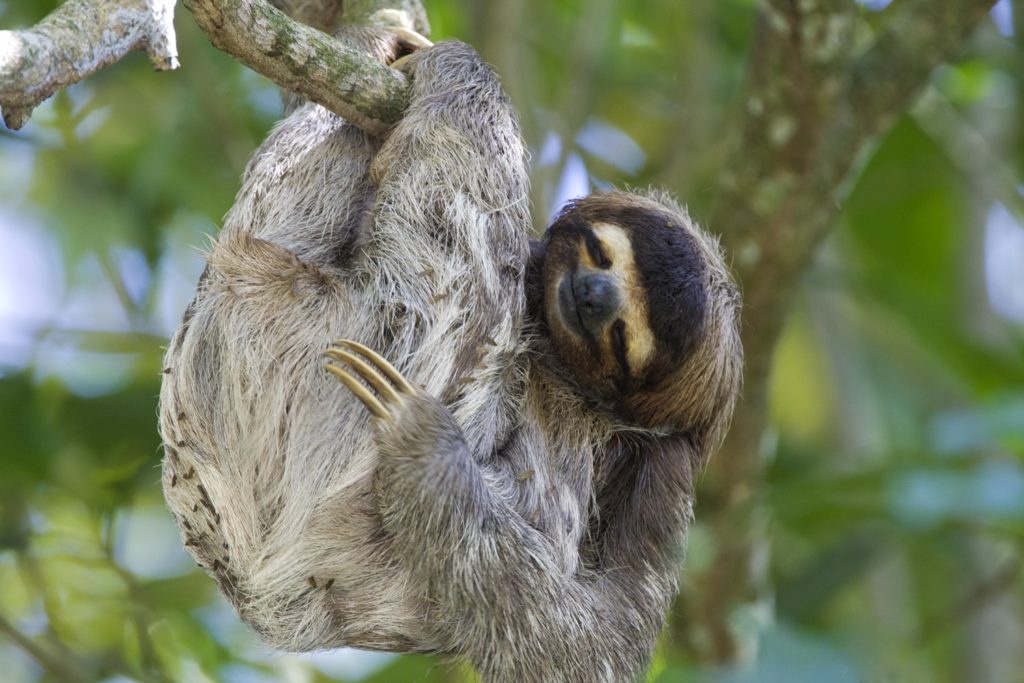 A few weeks ago, two-toed and three-toed sloths became a national symbol of Costa Rica. A big congratulations to the every so chill mammals that inspire all of us to slow down and enjoy our surroundings. As a country whose motto is Pura Vida (a simple life), sloths are a perfect symbol for the peaceful, happy, stress-free life Costa Ricans strive for.

While there is a lot of work to go to protecting sloths, this move is a big momentum swing that brings with it plenty of upside. It also makes us wonder here at Animalia if sloths might resemble a whole new way of evaluating what makes for a keystone species.

SLOTHS IN THE MODERN DAY WORLD

Sloths live throughout Central and South America, and have long been a tourist attraction in Costa Rica. Only for the wrong reasons – for decades many formerly rescued sloths have remained in captivity for tourist photo ops and forced handling. Imagine being an extreme introvert who thrives on alone time and relaxation and having to spend each and every day being fondled and gawked at by strangers?

There are many threats facing sloths today in addition to excessive captivity:

One of the issues in combating these is the lack of scientific research and data on population sizes and changes. Unlike many other threatened species, sloths have historically been more or less undocumented as scientists have focused efforts more on species their perceive to have more of an impact on the ecosystem, but that is now changing….

SHORT-TERM WINS FROM BECOMING AN ICON

Now that much needed research is going to have a lot more funding from the Costa Rican government, at least in terms of numbers.

In addition, other benefits of this move in Costa Rica include:

Unfortunately for now, other issues such as increasing spay and neuter services for stray dogs, cracking down on free-roaming dogs, genetic databases, and new protocols on releasing formerly rescued sloths did not make the bill for now, but this is all still a great step in the right direction.

A NEW TYPE OF KEYSTONE SPECIES

A keystone species is one whose success (in biological terms, success = health & reproduction) positively impacts many other species. Examples might include elephants who are critical for forestation, opening salt licks and carving out migratory paths, or apex predators such as wolves and sharks that keep prey populations in balance to protect vegetation.

If you asked any biologist if sloths are a keystone species, they might turn around and laugh. However, let’s think about this for a second. This move in Costa Rica is happening because locals love sloths and want to see them protected, and foreigners love them too and are shifting more and more to wanting to observe them in their natural habitat, not in a selfie cage.

As a result, a lot more resources are being poured into protecting sloth habitats. The same habitats that need protection for thousands of others. So wouldn’t this in turn make sloths a keystone species by definition?

It’s an interesting idea that creates yet another avenue for identifying value in wildlife. 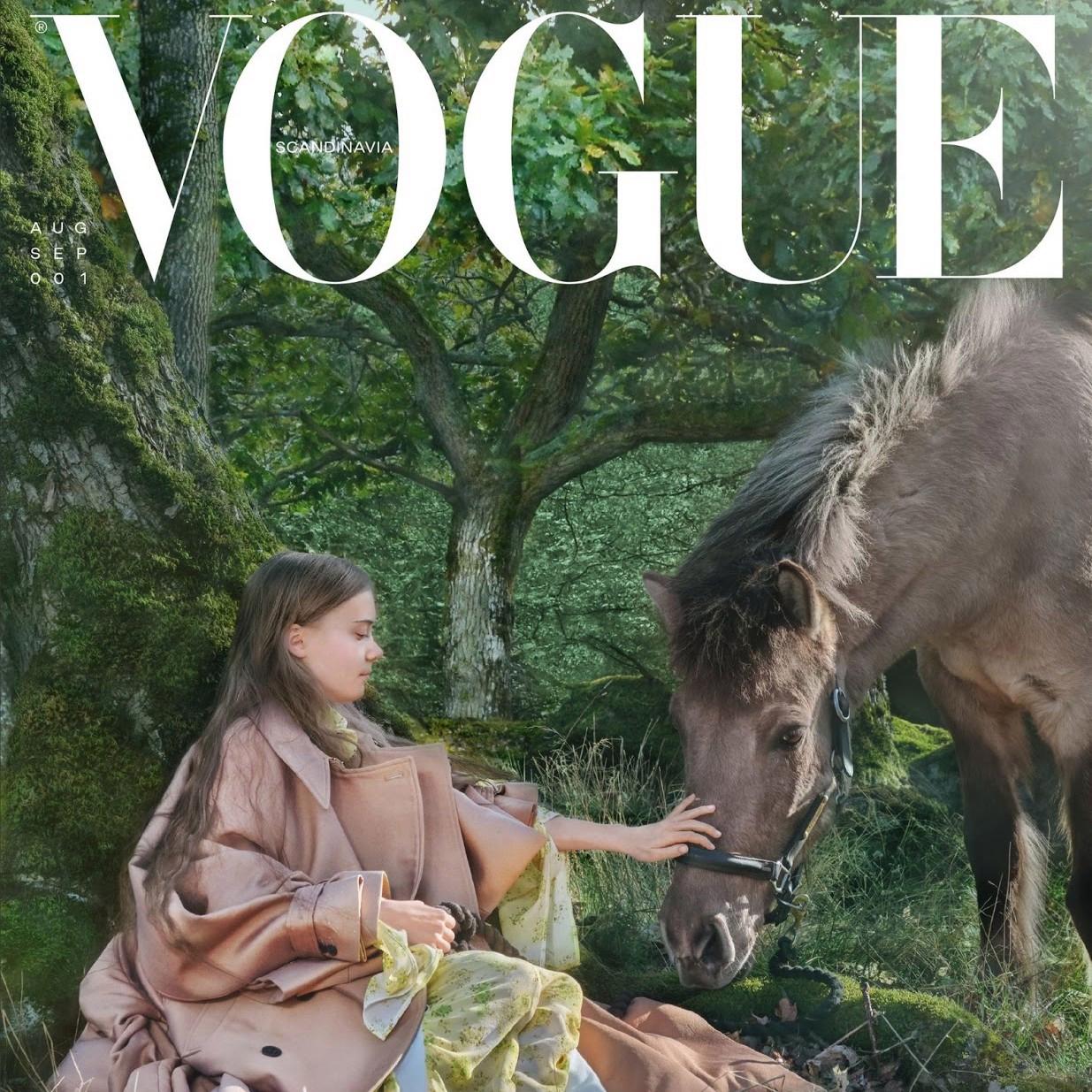 Greta Thunberg, the decorated climate activist and someone we admire deeply here at Animalia, recently was on the debut cover of Vogue Scandinavia.

If you are wondering, what is Greta doing on the cover of the most prominent fashion magazine in the world given that industry’s atrocious track record on environmental damage, well fear not, Greta used this as an opportunity to call out that very industry and pass on some additional words of wisdom.

Kudos to Vogue for making it happen knowing this would be anything but a fluff piece. You can read the entire interview here, but we thought we’d help flag the points that stuck out to us: