By Annelise TappeApril 17, 2022No Comments

We’ve been thinking about this question for a while now. In Gen Z we have a generation of people who identify time and time again climate justice as their #1 priority. People we are very much counting on delivering on this passion as they age into adulthood and move into public and private leadership roles in the decades ahead.

Gen Z is also the reason behind the unbelievable growth of Chinese fast-fashion juggernaut Shein, now the 3rd most valuable private company in the world behind TikTok parent ByteDance & SpaceX. A company with serious red flags on climate and social issues across the board.

So what do we make of this? How do we understand this conundrum? What does it say about the role of pop culture and individual action and virtue signaling when it comes to climate justice? And does it even matter, since individual choices are not what got us into this climate crisis and will not be what solves it either. Time to unpack this a bit. 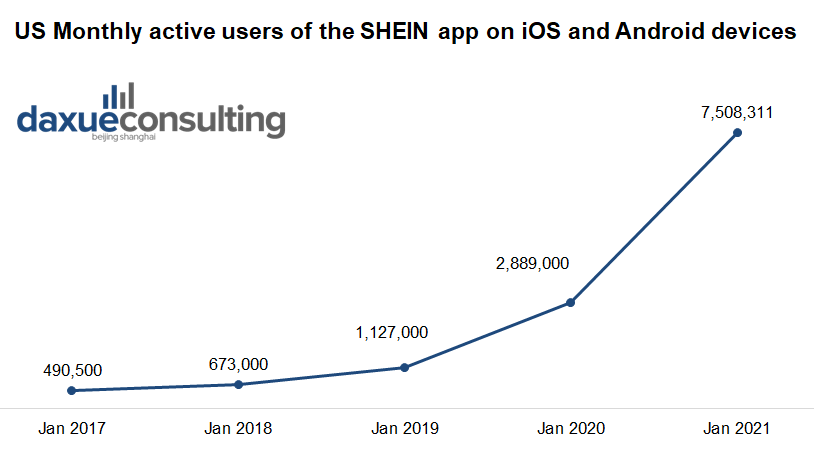 Let’s first start with some information about the company and why it’s so deeply problematic, but also why it’s so incredibly popular with Gen Z.

The 2000s were the dawn of fast fashion, spearheaded by two brands you probably know well in Zara and H&M. The idea behind fast fashion is to follow trends instead of creating them. As the true creative artists of fashion create new looks, fast fashion brands quickly copy these trends via overseas production houses at high volume and low cost. Their supply chains are nimble so that as trends shift, they shift right with it. The result is a high volume of low cost trend chasing clothing that hangs its hat on affordability despite studies showing that it is primarily driving increased consumption of those with money to spend.

The real drawback of fast fashion though is increased waste, highly toxic agricultural practices, and horrible working conditions and pay for those in their supply chain.

Fashion & Apparel are responsible for 10% of global carbon emissions and 20% of global wastewater. The biggest culprits in this industry are fast-fashion and synthetic fibers like polyester (derived from petroleum).

Brands like Zara and H&M have had a lot of reckoning to do in recent years and have been trying to improve their sourcing and labor practices, albeit more in PR than substance. There was reason to believe that we were turning a corner up until 2019 with the growth of second hand platforms like Depop & Poshmark driving a circular economy – something our planet loves – while brands like Zara and H&M lost relevance a bit with younger consumers.

Until Shein went ahead and changed all of that. Founded in 2008, Shein really didn’t find their groove until just a few years ago, and boy is it working commercially speaking.

Shein makes Zara and H&M look like slow fashion, launching as many as 1,000 new styles per day. To give you some further context, 70% of the products in Shein are in stock 3 months or less compared to 40-50% for Zara and that class of fast fashion. That is how quickly Shein is turning over styles and driving frequent purchasing.

They do this with a brilliant social media strategy, tapping into influencer after influencer to push #SheinHauls in exchange for free products. And why not, those products are made so cheaply with such low quality fabrics with such underpaid workers that it costs Shein next to nothing to do this. Shein is the #1 most watched brand on TikTok with over 3 billion views and in 2021 reached $15 billion in revenue.

Shein is a FOMO inducing, trend chasing machine and once you are in their grasp algorithm wise, good luck ever getting out of it.

Shein’s own sustainability report is a master class in saying everything and nothing at the same time. It mentions how they are “committed to lowering emissions” and “using more renewable energy” and “reducing waste” but with hardly any details and absolutely no willingness to be audited by any independent organization. Their one concrete declaration is how they are using “more recycled polyester in new SKUs”, which would be nice except for the fact that the cat is out of the bag on recycled polyester given the micro plastic waste it causes.

Shein products are made to be thrown away by design so you have to keep buying more, adding an enormous amount of waste. Just watch this video here of a Shein Influencer trying so hard to say good things about the items but unable in several spots to hide how cheap their materials are.

In the sustainability audit from Re/make, Shein was the first brand I’ve seen to score a ZERO on sustainability. The worst possible rating.

Shein also wraps each individual item in an order in single-use plastic. See examples in the image below. 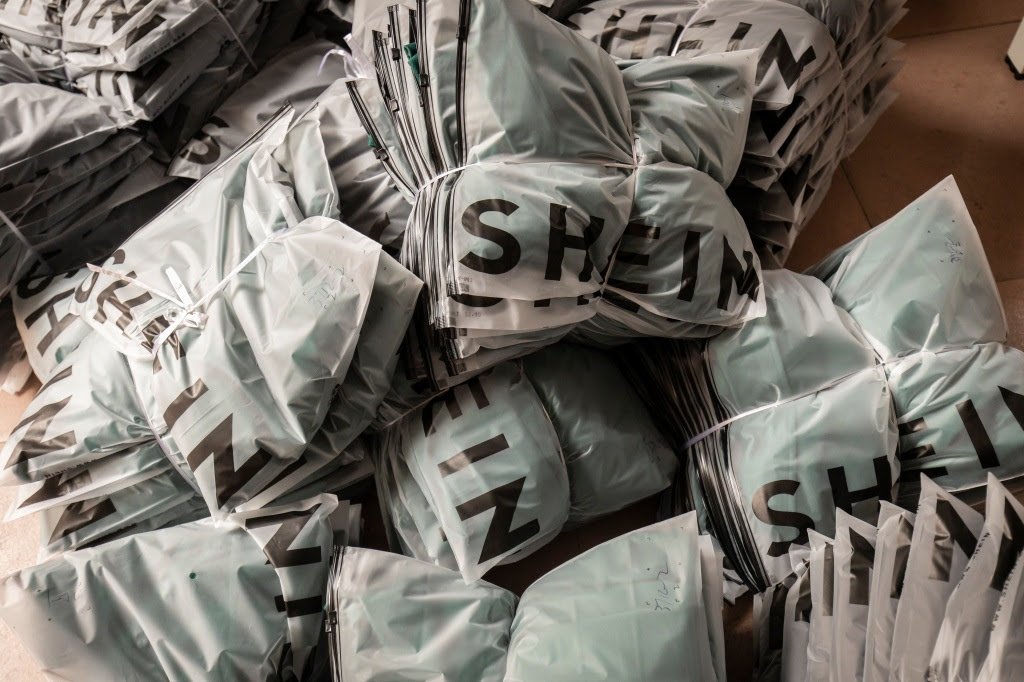 The environmental disaster that is Shein is only part of the problem. They are also notorious for ripping off individual and small boutique designers. Here’s an example.

Shein also refuses to offer any transparency on the labor practices of their factories, but a recent investigative report that found and interviewed 6 of the 300+ factories in China showed that they force 75 hour work weeks, offer only 1 day off per month, and pay staff per item instead of per hour, a practice long acknowledged as incredibly unfair and exploitative.

According to an article on Brightly, 66% of Shein’s supplier factories and warehouses have a “mediocre” performance—meaning there are 1-3 major risks in the workplace, and “corrective action is required.

Basically, Shein is like a real life super villain of climate and social justice issues.

So what gives? Why does Gen Z love it so much if these are the issues closest to their hearts and minds?

The most common defense of Shein is that it is making trendy fashion affordable for a generation of young people out of a global pandemic that could otherwise not afford fashionable clothing. This is the rhetoric used by every Shein influencers defending their involvement with the brand.

For example, take it from Becki Ball, an influencer in Shein’s designer incubation program. “Deep down, everyone wants to be sustainable and look after the planet,” she said. “That’s my goal in the future, to have a brand that will adopt sustainable factors. But at the same time, when the industry is tough enough already, it feels like you can’t let this opportunity go. For me, being a university graduate, fast fashion is what I’m used to in my budget, because sometimes slow fashion is just too expensive. Brands are slowly going in the right direction, but at the same time, I think it’s OK if you’re buying from fast-fashion brands.”

Only, this is not what is actually playing out. If you look at the average monthly order volume of Shein customers in the US, it’s in the hundreds of dollars, not the tens of dollars. They are buying 15-20 items per month, not 3-5. This is because Shein is not delivering affordable fashion, but rather preying on those with larger disposable income to buy high volumes of clothes. 1 in 7 items purchased on Shein are never worn.

“We have to reset our habits,” says Dana Thomas, author of Fashionopolis: The Price of Fast Fashion and the Future of Clothes. “We’ve been conditioned by fast-fashion brands, via marketing, to over-consume, and to think it’s normal to buy a new outfit for a hot date or to walk out of a store with a sack full of clothes.

Here is a great study about the fast fashion paradox.

Shein uses a form of psychological warfare in a way to convince teens and young adults to keep buying their products so they can stay on trend, stay relevant, and be accepted. Influencers are their weapon of choice, because most influencers will do anything for a buck, irregardless of how it looks against their virtue signaling of climate and social justice issues.

In researching this story we found dozens and dozens of examples of Gen Z influencers speaking out on climate justice right alongside posts promoting Shein Hauls. We’re not sharing them because many of these folks are young and we don’t want anyone publicly attacking them or calling them out over DM, that’s not the solution here. We’ll get to the solution, don’t worry. Still, their hypocrisy here is palpable.

SO ABOUT THAT SOLUTION…..

The problem is not the individuals caught up in the hype bubble of Shein trends purchasing this trash clothing in droves. We advocate all the time here at Animalia that individual action didn’t create this climate crisis and it won’t solve it either. The worst thing you can do is shame people for their purchases, it’s unfair and it only pushes them further away from where we want folks to be.

It’s also important to remember that Shein and the viewpoints of those who defend the company do not represent all of Gen Z. In fact, based on the data and information we’ve gathered, the Gen Z Shein customer is really more of an upper middle class and above trend chaser. Often the same types of folks who virtue signal on social media about climate and social issues not because they care, but for the social currency those posts provide. This IS NOT the majority of Gen Z, so let’s not throw everyone into that bucket. And for those that do fall in that bucket, in many cases we trust they are good people who likely are simply too susceptible to the influencer lead marketing power of Shein.

The issue is the systems that made Shein possible. As is the case with almost every other issue on the climate and biodiversity fronts that we speak out on, changes need to happen at the system level and they need to be led by policy and corporate leadership. Here are some examples: 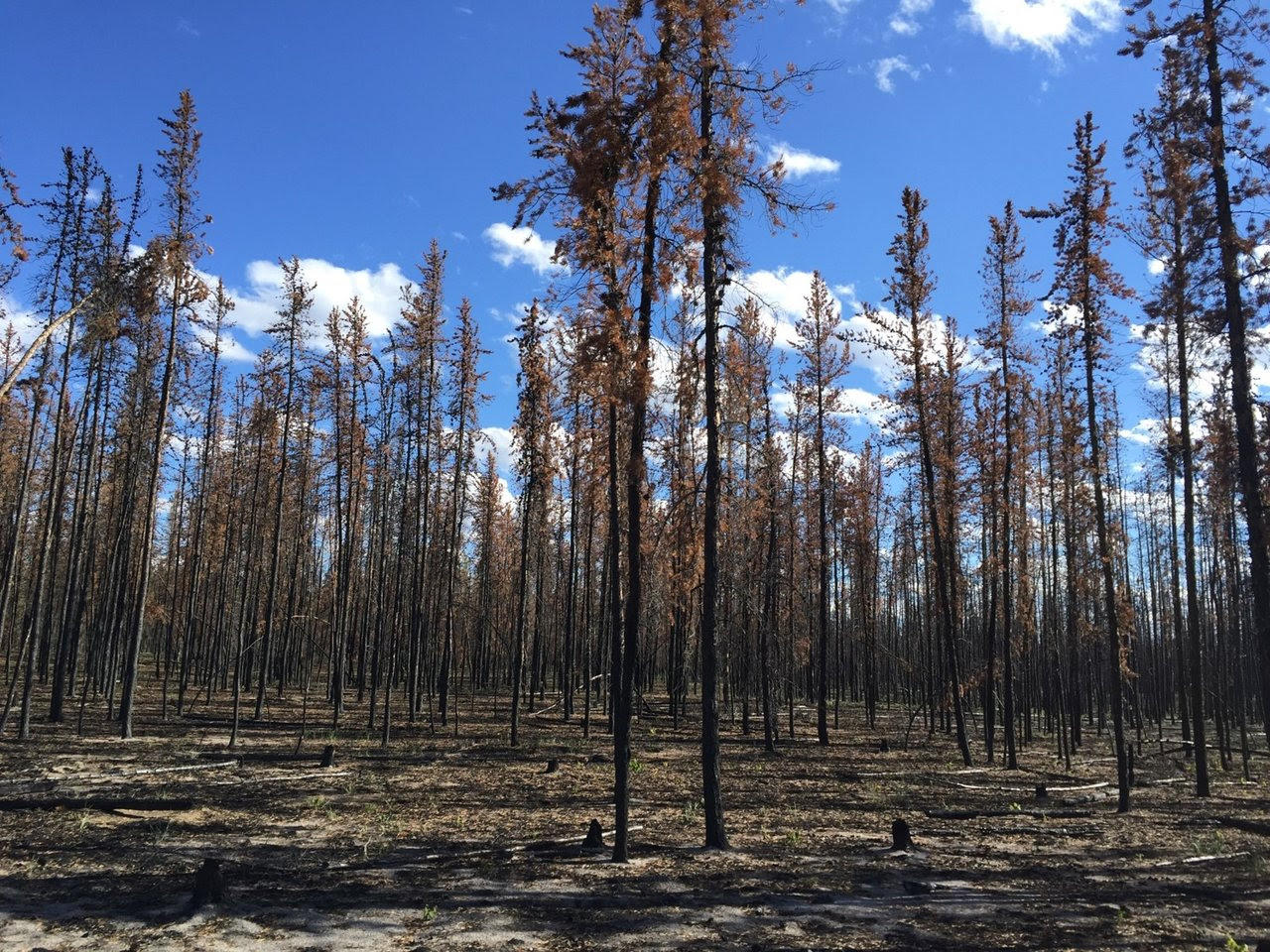