The world has fallen short of the 2010 goal set out by the UN Convention on Biological Diversity of protecting 10% of the world’s oceans by 2020.

But what exactly does it mean for a part of the ocean to be an MPA? How was this goal originally set? Why did we miss it? And what lies ahead? Let’s unpack that a little bit for the our Animals out there. (Hint hint that’s you the reader, me the writer, and every non-human animal under the sun.) 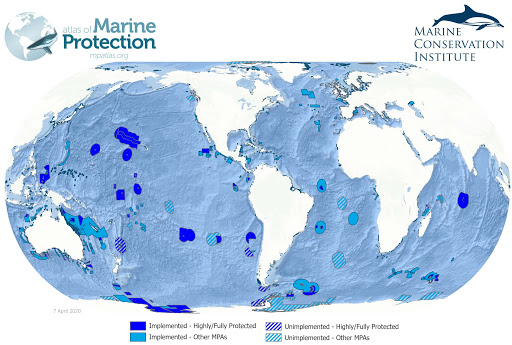 What makes an MPA an MPA?

There is a lack of clarity across the global community on what qualifies as an MPA, hence the discrepancy in the 5.9% to 7.5% depending on whose definition you use. This is a problem.  How the heck are we supposed to get the wider public behind such important initiatives when the very community crafting the standards can’t get on the same page?

The IUCN – International Union for the Conservation of Nature – published a set of standards to follow that basically outline an MPA as a region explicitly for conservation. i.e. no commercial fishing for example.

Only, they gated access to these standards from the public.  WTF?  Don’t believe us.  Check out this link here and notice the URL when you do.  This doesn’t seem very conducive to, ya know, getting everyone on the same page.

Oh but the IUCN does offer these 31 dockets of Guidelines for various aspects of protected areas.  If you have several days to go through and parse them. 🙄

What is the purpose of MPAs and who sets the goals?

An MPA is not designed to prevent climate change or stop the damaging effects global warming is having on our oceans.

Instead, they are designed to try and reverse some of the negative climate change impact and boost biodiversity. Think of them like a boost of vitamin C for someone immunocompromised. It’s helpful, but not going to fully mitigate your risk of getting COVID until there is a vaccine. Well the vaccine in this case is actually lowering our greenhouse emissions and slowing down global warming.

The areas identified for MPA are often those that house critical biodiversity that is now endangered, areas close to our coastlines, and areas that have been decimated by over fishing.

A study in the Journal of Marine Science found that MPAs do indeed quickly boost fish species and can have very positive spillover effects to surrounding areas outside the MPAs where commercial fishing is still active and unrestricted, meaning they are good for the oceans and the fishing industry.

So what is the UN Convention on Biological Diversity that set this goal? Often called the Biodiversity Convention, this is a multilateral treaty drafted in 1992 with three main goals:

2. Sustainable use of its components

3. Fair and equitable sharing of benefits from genetic resources

There are 196 parties in the Biodiversity Convention including all UN Member States except……The United States. This one we shockingly can’t blame the over-cooked business potato (also known as Donald Trump) for, as the US never joined from the beginning due to disagreements on several terms.

Nonetheless, the MPA goals were set here, but the rules were set by the IUCN (which the US is in btw), only they don’t publish them, and countries get to make up their own….you lost yet? Oi vey.

So now what? Jane Lubcheno, now a marine ecologist at Oregon State University, says that first and foremost the rules need to be clear and there should be different tiers of MPAs ranging from full outlaws of all commercial activity to limited commercial activity based on the conditions and needs of a particular area.

There are so many worthy experiments happening in MPAs that we need to lean into. For example, scientists have found that coral can adapt to become more heat resistant in areas with strong biodiversity to become more climate resilient. This is critical as coral bleaching from warming, acidic ocean waters is wiping them out at a terrifying rate.

It would certainly help to get straight on who makes the guidelines and not to leave them up to each country to craft their own. Seems obvious. Also the IUCN really needs a marketing and editorial team.

As for the US, fear not, thanks to President Obama we exceed every nation in the world in terms of the total area of ocean we protect. Although Trump has done his best to undo this, such as rolling back protection of 5,000 square miles of protected ocean southeast of Cape Code in June of this year. Ahhh, but the Tiny Handed Con-Artist is on his way out 🙂 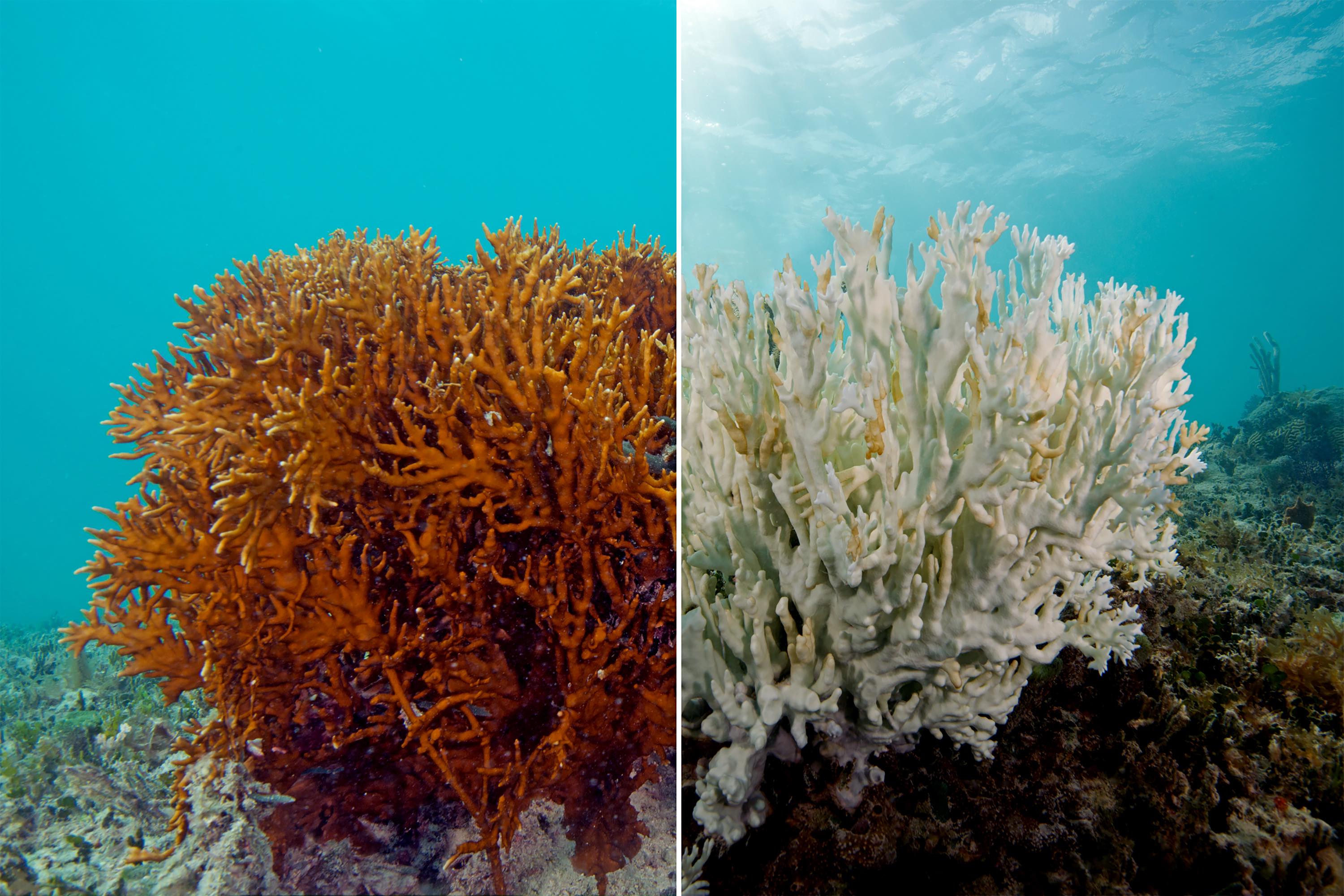 Yup, that’s word. Go ahead and try saying it. Here is a fun video to learn how. Also, what is up with the absurd cardboard cutouts in the video? Oh how glorious it is when people try to hard.

It’s also the largest MPA in the United States, off the coast of Hawaii, and is a reason to really believe and feel some optimism.

Created in 2006 and expanded in 2016, this UNESCO World Heritage Site is home to thousands of species – 25% of which are not found anywhere else on earth – including two dozen species of whales and dolphins and the endangered Hawaiian Monk seals.

And even the ghost octopus!

It encompasses 583,000 square miles of ocean waters! It has been well protected from pollution, commercial activity, and sedimentation. And by all means has been a success and seen a boon in species numbers and biodiversity.

However, the coral is still bleaching in this national marine monument, showing the larger effects of climate change and global warming still take their toll on MPAs. 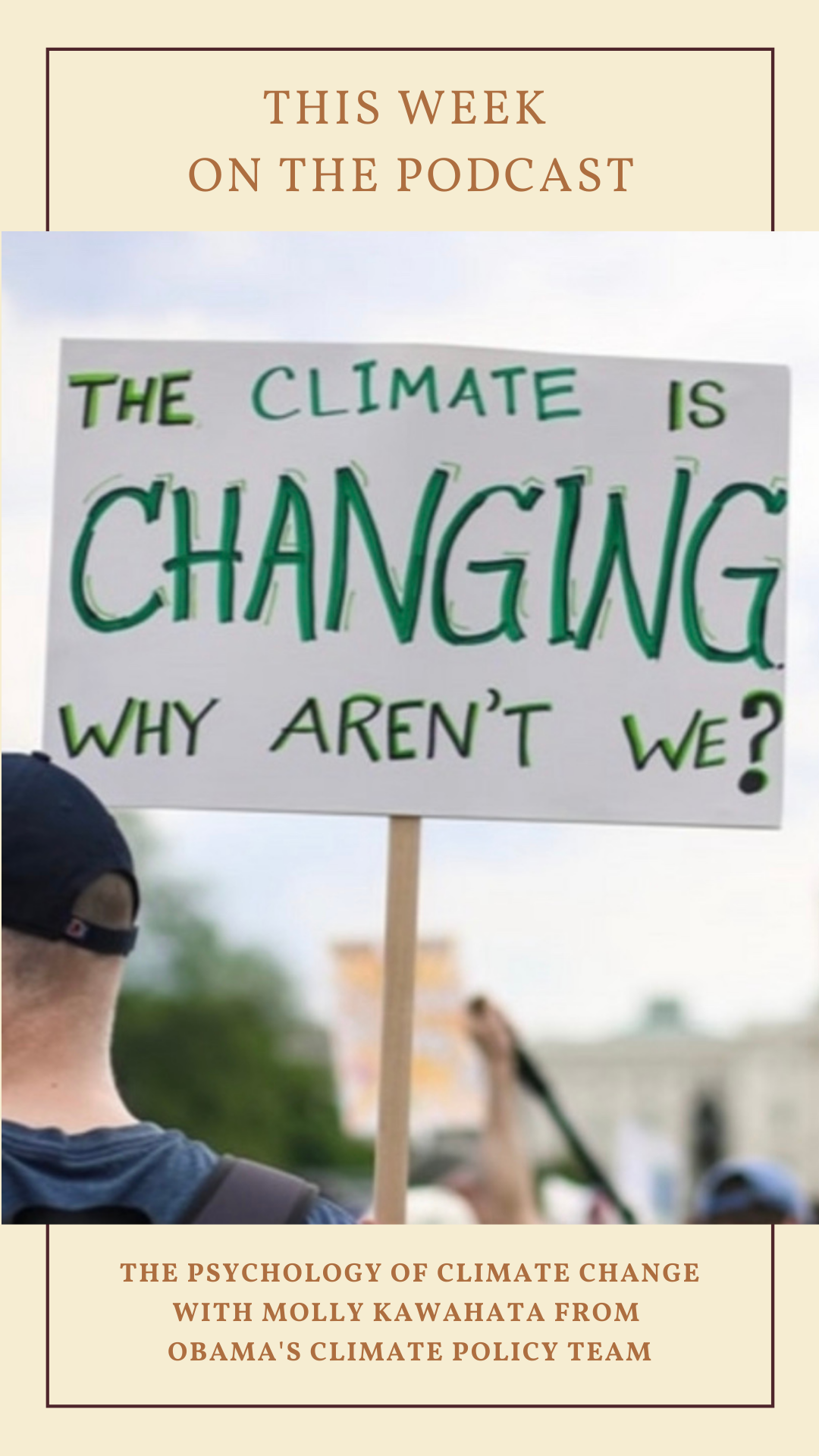 er story this week we think is so  important to share. In our podcast this week we interviewed Molly Kawahata, former member of Obama’s Climate Policy Team and major climate advocate.

We spoke a lot about reframing the climate conversion as a public health crisis, something Molly believes will help make it more real for a wider group of people. You can check out the episode in the link above!

Well, how about some fresh data to back that up?

The medical journal The Lancet published a report on public health data from 2019 showing the damaging effects of heat waves, air pollution, and extreme weather on human health.

So yeah, this is real AF. The climate crisis is a public health crisis. It’s a social justice crisis. It’s a food and starvation crisis. It is the biggest existential threat we have ever faced.

But as we know here at Animalia, we can slow it down. It’s not too late. There are tons of reasons to be hopeful and we’ll keep sharing them as much as we can!

How about some of that good news?

Animal Crossing in Utah is Working An animal cross formed in Utah designed specifically to help wildlife safely cross over a major road that was built through surrounding forests is crushing it.

We’ll let you enjoy the video for yourself!